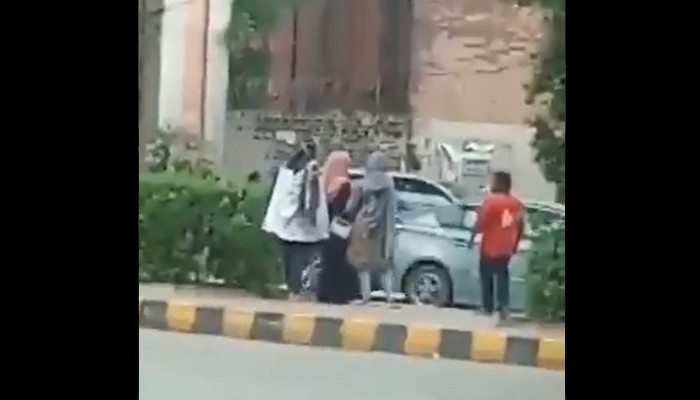 Footage of the incident went viral, sparking outrage and calls on police to arrest the accused, on social media.

The man can be seen in the video, he is moving towards the women.

It has been uploaded by Twitter user Hasna Dasti. In it, three women can be seen standing near a bus stop, under a bridge, in a busy place in Lahore.

A man in a red shirt can be seen standing next to them and talking to women. After a while, the man can be seen slowly approaching the women.

Panicked, one woman runs ahead and crosses the busy road while the other two can be seen running away from her.

“There has been another incident of harassment in Lahore today,” Hasna wrote. Tagging the official Twitter account of Punjab Police in his post, he added, “Three female students can be seen fleeing from this monster. The man who apparently insulted women should be arrested immediately.” ”

Shortly afterwards, Punjab police tweeted a picture of the detained accused, saying that police had registered a case and arrested the accused.