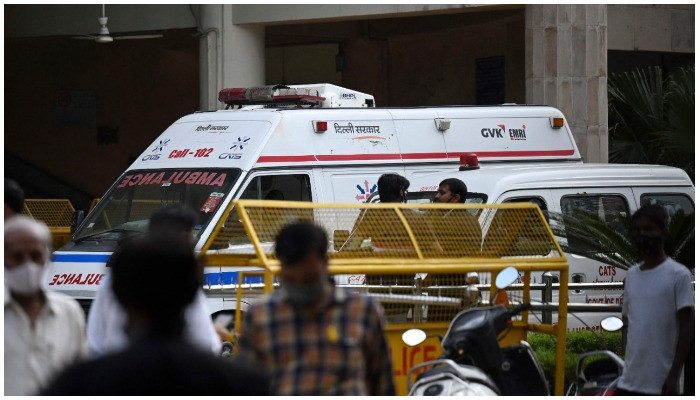 New Delhi: A notorious gangster was shot dead by two gunmen while he was making a lawyer inside a Delhi courtroom on Friday, before police returned fire and killed him, investigators said on Friday. ۔

Jatinder Gogi, who was arrested in March last year, was standing in front of a judge in the court when two men suddenly opened fire, police said. AFP.

Eyewitnesses told the media that about a dozen shots were fired inside the court. Gogi was targeted several times before the fake lawyers were killed by expert security officers.

Media reports quoted police as saying the gunmen were from a rival group.

Mobile phone videos of a court shooting in Delhi’s Rohini district showed lawyers and litigants running for cover in a corridor outside the courthouse when shots were fired.

Gogi, who was about 30 years old, was involved in gang wars, murders, robberies and extortion in the states of Delhi and northern India.

He was first arrested in 2016 but escaped police custody, and escaped arrest until last year.

Gogi’s violent reputation made him a target for police and rivals, with other groups reportedly angry at his actions in the area.

Delhi police had said after his arrest last year that Gogi was in a particularly bitter fight with the leader of a group called Tulu for control of northern India.

According to media reports, members of the Tulu gang disguised themselves as lawyers to enter a Delhi court on Friday.