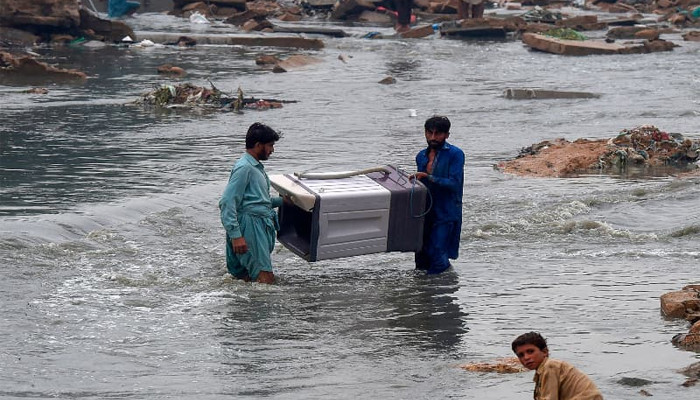 The National Disaster Management Authority (NDMA) on Friday issued a flood warning for the southern half of the country.

The Pakistan Meteorological Department (PMD) has said that strong monsoon waves are likely to enter Sindh from Monday, September 27 and are likely to continue till Saturday, October 2.

Sharing a statement issued by the PMD, the NDMA wrote on Twitter: “Occasional intervals are forecast with more rain, wind and thunderstorms in the southern half of the country. . “

In addition, heavy rains are expected in Karachi, Thatta, Badin and Hyderabad during the period.

Warning the concerned authorities, the Met Office said: “Severe falls could lead to urban floods in Karachi, Thatta, Badin, Hyderabad and floods in Kalat, Khuzdar and Lasbela during the forecast period.”

It directed all concerned authorities to “remain vigilant during the forecast period”.

The statement further said that Kashmir, Gilgit-Baltistan, Islamabad, Northeast Punjab, and Upper Khyber Pakhtunkhwa are also likely to receive showers on October 27, 28, 30 and 1 with separate showers, winds and thundershowers.