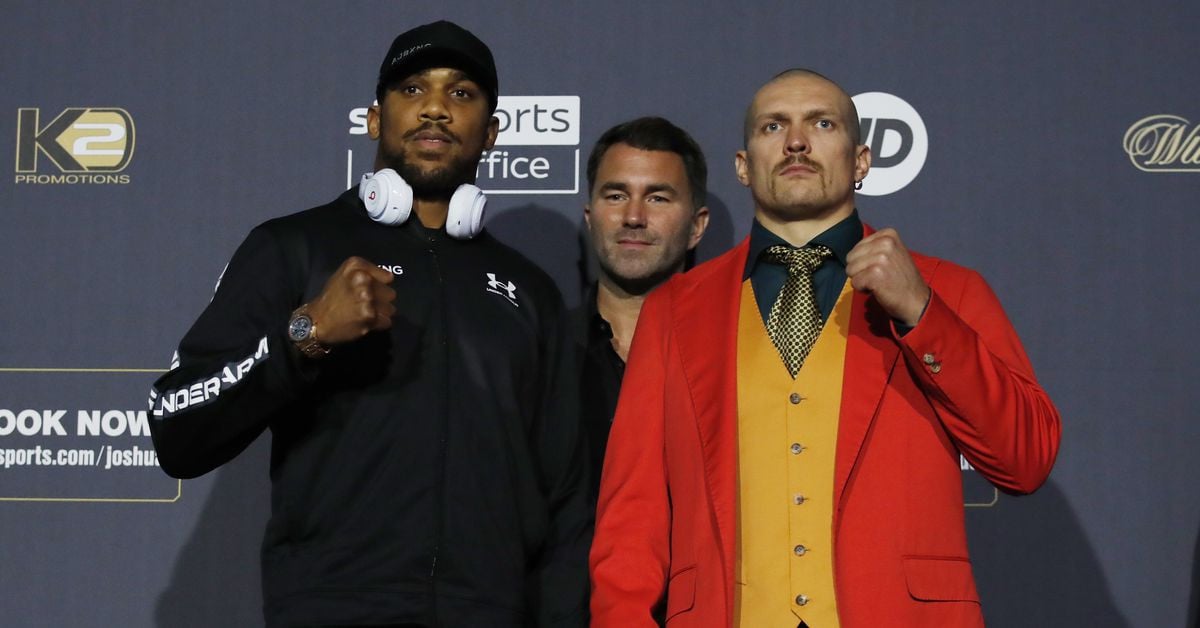 Ukraine’s challenger Alexander Ovech on Thursday dismissed fears that he did not have the size and strength to oust world heavyweight champion Anthony Joshua, saying “power is in your soul”.

The British will line up their IBF, WBA and WBO belts on Saturday against the undefeated USC, a former cruiser weight 18-0 in their professional careers.

“People talk a lot … we’ll see on Saturday what happens … because the power is in your soul, it’s not about being big or small,” said Ovik, who has been there twice before. Fighting as a heavyweight.

Despite being new to the heavyweight division, Ioak tore up the cruiser weight class after turning pro eight years ago, winning all four belts in the category to become the rare unified boxing champion in 2018.

David Hay was three times smaller than Nikolai Value, which shows that it doesn’t matter. The 34-year-old added that he expects a chess match in the opening round.

Joshua, who last fought in December 2020 when he knocked out Bulgaria’s challenger Cabrat Plio, said: “Happy to be back, you have to train and improve and practice. … I’m not easy. Fight for someone, I like to fight. God blessed me, showed me the way to boxing. “

The 31-year-old was due to face compatriot Tyson Fury in Saudi Arabia this year, but the fight was called off after an American arbitrator ordered Fury to face Donte Wilder in the third round.

“This fight motivates me to practice. I want to give as much as I can every day. I’m still in camp, it’s only one day in camp … if you tell me I was fighting King Kong So I’ll give it. It’s a job, it’s my job, “Joshua said before the match at Tottenham Hotspur Stadium in London.

The fight has the potential to make history, USEC said. “I’m glad it’s happening … people will remember this fight for a long time.”

Joshua added that he had studied his opponent a lot and was a fan of the Ukrainian boxing style. “(USK) was fighting as an amateur for 10 or 12 years before going to the Olympics and the world, so he’s probably happy with that position – the cream always goes up.”