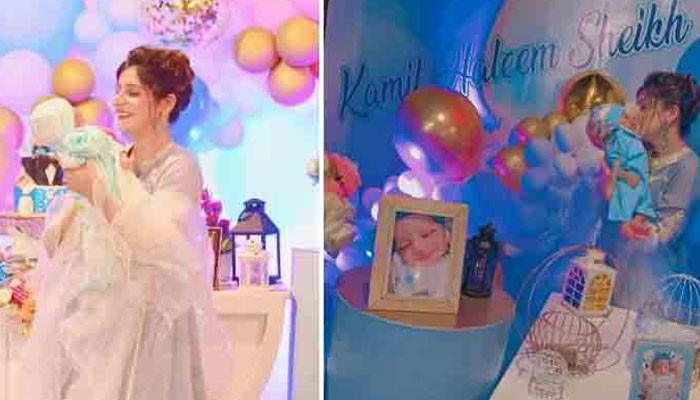 Sukkur: Disappointed with media reports about his second marriage with his own party’s MPA, Haleem Adil Sheikh, Leader of the Opposition in the Sindh Assembly, said on Friday, “This is our personal matter.”

The issue came to light when MPA Tahira Dua shared photos of her newborn baby on social media. The photos were taken at a birthday party. Among them, the baby’s name – Kamil Haleem Sheikh – can be seen written in the background.

Addressing a press conference in Sukkur, Haleem Adil Sheikh said that he got married according to the principles of Shariah and there was no need to have a press to announce the marriage.

“I have told you who I need to inform. There is no need to make a fuss over personal matters,” he added.

The PTI leader had on Friday confirmed that he had married Dua after the 2018 general elections.

Reacting to the report, PPP MPA Timur Talpur took to Twitter to congratulate the Sheikh, saying that he had put aside his political differences and wished the opposition leader “happiness on his marriage and the birth of a son”. Will wish However, she complained that she was not invited to the wedding reception.

“Politics aside, I congratulate Haleem Adil Sheikh on his marriage and [the birth of his son]. The only sad thing is that Haleem Adil did not invite me to his wedding otherwise I would have attended the reception too.