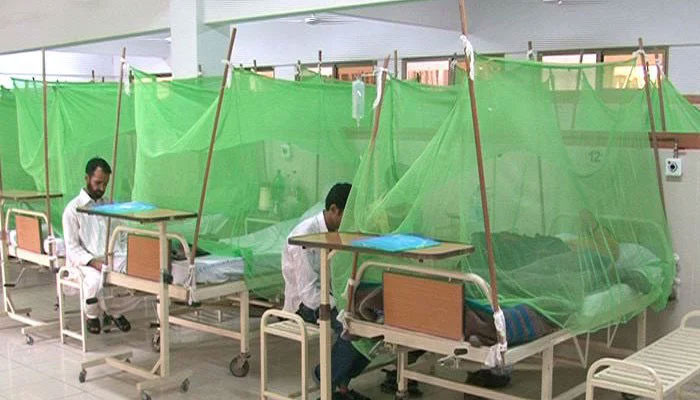 ISLAMABAD: In view of the recent rise in dengue cases across the country, health officials on Sunday expressed concern that Pakistan could face an outbreak of mosquito-borne disease in the coming days.

According to the provincial health department, 90 cases of dengue virus have been reported across Punjab in the last 24 hours. Eighty-one of these cases were reported in Lahore alone, officials said.

Meanwhile, six cases of the virus were reported in Rawalpindi while one case was reported in Vehari, Sargodha and DI Khan yesterday.

It is noteworthy that the dengue virus has once again found its ugly head in Punjab and Khyber Pakhtunkhwa.

The total number of dengue virus cases has reached 1082 this year while 905 cases have been reported in Lahore this year.

Meanwhile, 32 more people were infected with the virus in the last 24 hours in the federal capital, bringing the number of cases in Islamabad to 177.

Several cases of dengue virus were also reported in Peshawar. The recent rise in dengue cases has put the provincial health department at risk.

People have called on the government to take appropriate measures to prevent the disease from spreading further.

Report on increase in dengue cases in Islamabad

A day earlier, the number of dengue cases in the federal capital had risen sharply.