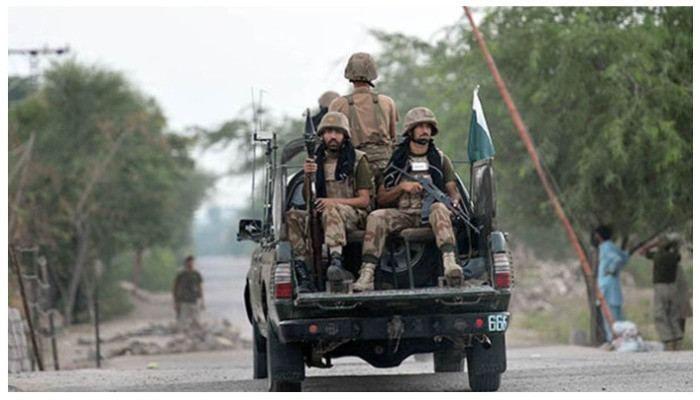 Balochistan: A young Pakistani soldier was martyred in an exchange of fire between Frontier Corps (FC) and terrorists in Machh, Balochistan.

A statement issued by the Inter-Services Public Relations (ISPR) on Sunday said that two other soldiers who were fighting with the martyred soldier Irfan were also injured in the clash.

According to the army’s media wing, the killings took place during a swift operation in response to a terrorist attempt by FC soldiers to target a security checkpoint in Machh.

The ISPR said that the Pakistan Army was committed to defeating such cowardly acts by foreign-sponsored terrorist elements.

“Terrorists will not be allowed to sabotage the hard-won peace in the country,” the statement said.