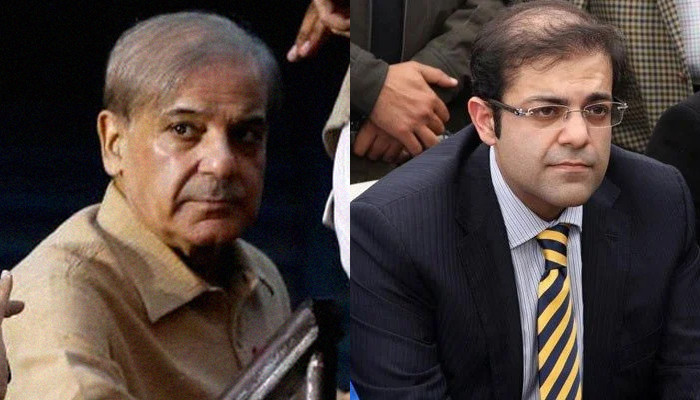 LONDON: A British court on Monday ordered authorities to freeze the bank accounts of PML-N president Shahbaz Sharif and his son Suleiman Sharif.

The National Crime Agency (NCA) has filed a bank accounts investigation report in a Westminster court stating that the PML-N president and his family are not guilty of money laundering and corruption.

The NCA had asked the UK court for an extension when it first began investigating the case, saying it needed more time to complete investigations against Shahbaz in several countries.

The agency then wrote a letter to Shahbaz Sharif, asking the PML-N leader to share the details of his accounts with him, otherwise he would have obtained a production order and verified the accounts legally. Will check

The NCA had launched an investigation against Shahbaz Sharif and his family at the request of the Pakistani government. His bank accounts were frozen in December 2019 by a court order.

The government’s Asset Recovery Unit (ARU) wrote a letter to the UK government on 11 December 2019 in which it made serious allegations of corruption against Suleiman Shahbaz and Shahbaz Sharif.

According to the dual crime principle, the ARU alleges that the two men laundered money stolen from Pakistan in the UK and then transferred the same wealth back to Pakistan from the UK.

A British court has ruled that since the charges against Shahbaz and Suleiman could not be substantiated, it has set aside earlier frozen orders.

According to documents that are exclusively viewed. NewsThe ARU linked David Rose’s article a few years ago, saying “it should be treated with caution” but it cannot be trusted.

Neither the ARU nor the NAB has asked the UK to initiate an inquiry against Shahbaz, Suleiman

Adviser to the Prime Minister on Accountability Shehzad Akbar said that the news of Shahbaz Sharif’s acquittal by the British court was false, adding that neither the ARU nor the NAB had requested the British government to join the PML-N. ) To start an investigation against the leader.

He said the inquiry was launched into a “suspicious transaction” reported by a bank to the NCA, adding that it contained some of the funds that Suleiman Shahbaz had transferred from Pakistan to the UK in 2019. Moved

“[These transactions] They were described by UK authorities as suspicious transactions and the NCA obtained a court order freezing assets (AFO) against the funds.

However, the NCA recently decided to close its investigation into the funds and therefore agreed to release the funds through a court.

“It has been made clear that such a release order is not an acknowledgment that the funds came from a legitimate source,” he added.

The aide to the prime minister said Shahbaz and Suleiman had not been acquitted since no attempt was made to start with them.

He further said that the NCA has frozen the funds and the NCA has decided not to further investigate these funds.

He further said that Suleiman Shahbaz is a fugitive in the money laundering case against him and his father before AC Lahore.