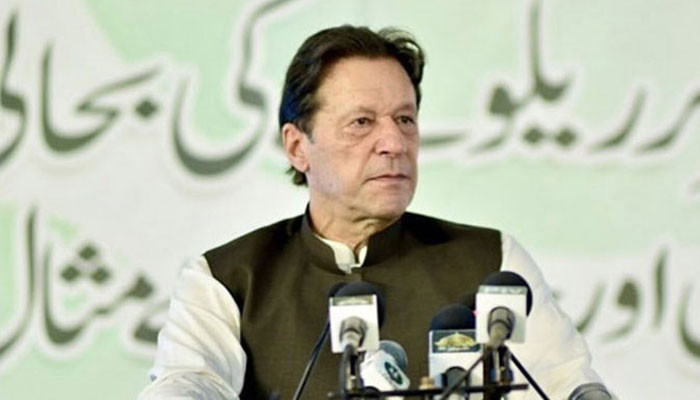 Addressing the groundbreaking ceremony at the Cantonment Railway Station, Prime Minister Imran said that Karachi was on the path of development in the 1980s and was moving forward but unfortunately its development slowed down.

The Prime Minister said that the metropolis, despite being of utmost importance, had unfortunately suffered a setback due to several problems in the past. As a result, the whole country was affected.

The PTI-led government took the initiative to redevelop the city, launching various projects such as the Karachi Transformation Plan, which was introduced in 2020.

“We have launched the Karachi Transformation Plan for the development of the city in collaboration with the Sindh government,” the Prime Minister said.

The federal government cannot solve Karachi’s problems on its own, so the provincial government should cooperate.

Talking about the transportation problems faced by the citizens of Karachi, Prime Minister Khan said that unfortunately this sector was neglected and investment was insufficient.

The Prime Minister said that big projects like KCR often get stuck which cost more. Therefore, governments have to make extra efforts for such projects.

“Since KCR is a major project, the Sindh and federal governments will have to put more emphasis on its timely completion so that it proves to be an cost-effective project,” the Prime Minister said.

He said that water shortage in Karachi was a major challenge and the K-4 project would help solve the problem. The Prime Minister said that Karachi is the economic hub of the country and we have to make more plans for the city to deal with the growing population and transport problems.

Earlier, Railway Minister Azam Khan Swati had issued a statement regarding KCR and said that the project would be completed in three years at a cost of Rs 207 billion.

KCR’s 29 km track will have 16 stations and 24 level crossings. The Frontier Works Organization (FWO) will lay the track for the CR, while automatic air-conditioned coaches will run on the track.

Each train will consist of one locomotive and four coaches and will accommodate 814 passengers at a time. International tenders will be called for the purchase of trains.