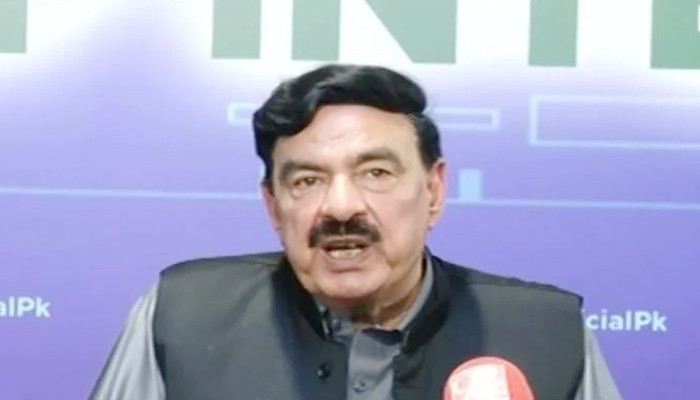 ISLAMABAD: Interior Minister Sheikh Rashid on Monday said that the PTI-led government and the Election Commission of Pakistan (ECP) were approaching the issue of holding the next general elections through electronic voting machines (EVMs).

Addressing a press conference in Islamabad, he said that it was a positive development that judo and karate were declining between the federal government and the ECP.

The Home Minister said that relations between the government and the Election Commission should be improved as it would facilitate free and fair elections.

Predictions about the split in the PML-N

Addressing the Leader of the Opposition in the National Assembly and PML-N President Shahbaz Sharif, Rashid said the next general elections would be “free, fair and transparent”.

Elaborating further on the PML-N, he claimed that the party would be divided into three factions in the future, not two, amid reports of disputes between the party’s top leadership.

PML-N leader Khawaja Asif, while addressing a workers’ convention in Rawalpindi a day ago, had urged the party workers to unite in their ranks.

“There is no conflict at the leadership level. Any contradiction at the local level must be eliminated. If we want to win the government mandate, we must be united at the time of elections,” he stressed.

Going forward, he said Pakistan’s passport, identity card, and vaccination campaign was being discredited as part of a “conspiracy”.

On PML-N chief Nawaz Sharif’s fake Kovid 19 vaccination registration, he said the National Database Registration Authority (NADRA) was not to blame as it had issued vaccination certificates to 7.5 million people.

According to the fake entry, Nawaz, who is currently in London, received the first shot of the Covid 19 vaccine Synovac at the hospital last Wednesday at 4:03 p.m.