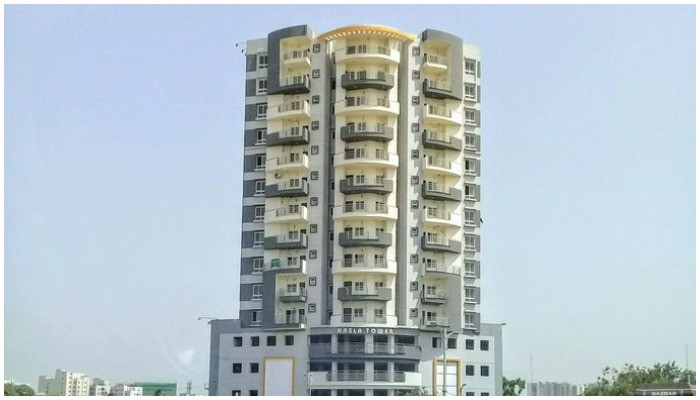 KARACHI: The Supreme Court Karachi Registry has issued a written reply to a petition seeking review of the orders for demolition of Nasla Towers, saying that the allottees or owners of the building cannot be given the status of real owners.

The decision is based on the court’s announcement that parts of the building were built on illegally occupied land. Nevertheless, the order “protects the interests of the Allies.”

The decision said the defense provided lease documents for only 780 yards of land, despite repeated instructions to provide proof of lease for the entire area occupied by the building.

“No legal basis for the lease of additional land can be presented before the court,” he said, adding that no amendment had been made to the original lease of land.

It further said that a letter issued by the management of Sindhi Muslim Cooperative Housing Society (SMCHS) was repeatedly presented before the court when the society did not even have the authority to issue leases.

According to the ruling, the lawyer representing Nasila Tower cited two decisions and said that two new reasons for the building should not be demolished, but the court said that additional reasons should not be considered in the review application. Can

“Therefore, requests for review of the Nasla Tower demolition orders are being rejected,” the decision said.

The SC Karachi Registry, headed by Chief Justice of Pakistan Gulzar Ahmed, had directed the commissioner to vacate the tower within a month and issued notices to the Sindh government, director of anti-encroachment department and other concerned agencies. Request for review of demolition orders of Nasla Tower on Monday.