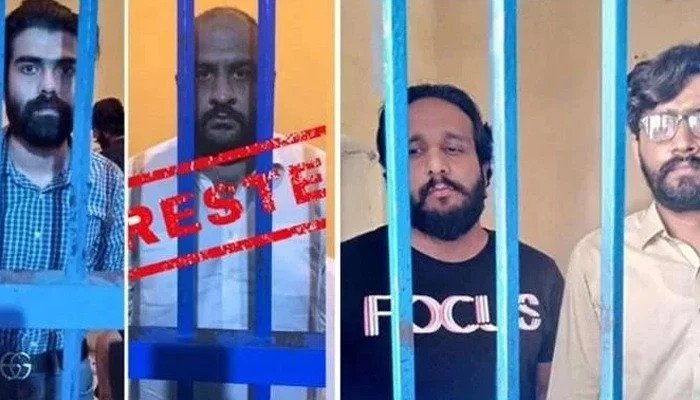 Additional Sessions Judge Ata Rabbani on Tuesday indicted seven accused, including the main accused Usman Mirza, in a case of harassment of an Islamabad couple.

The Islamabad High Court (IHC) also rejected the bail pleas of three accused in the case and directed the authorities to complete the trial of Usman Mirza within two months.

The day before, a police challan was filed in court which revealed shocking details of the couple’s alleged attack.

The police challan was presented in the Sessions Court. Dawn.comRevealed how accused Usman Mirza tortured the couple and forced them to have sex while filming the trial.

According to the woman’s statement before the magistrate, the victim said that Usman Mirza and other accused had threatened to gang-rape her if she did not rape her friend.

The victim said she was forced to dance nude in front of Usman and his accomplices, adding that she was beaten when she refused.

“He slapped me and forced me to walk naked in front of my friends,” Challan was quoted as saying.

The victim had said that the accused blackmailed the couple after recording them and received Rs 1.2 million from the man on various occasions.

Golra police station sub-inspector Asim Ghaffar had said that he had lodged a complaint with the police against the accused after watching a sexually explicit video on his mobile phone.

Usman Mirza was arrested in early July when a video of a young couple being attacked and tortured sparked outrage across Pakistani Twitter, with #ArrestUsmanMirza appearing in the top trends.