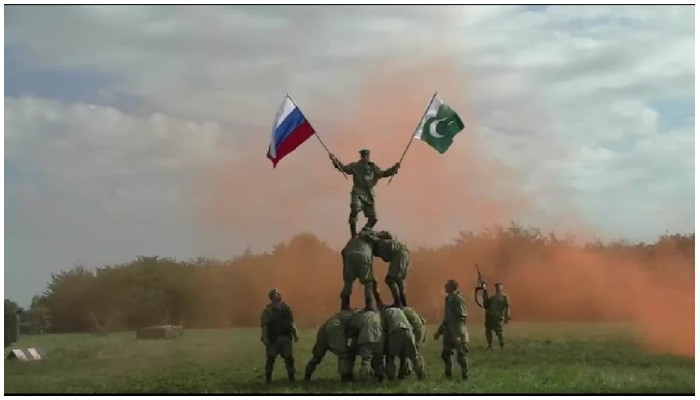 The Special Services of Pakistan and the Russian Federation will take part in a two-week military exercise, Inter-Services Public Relations (ISPR) said on Wednesday.

The army’s media wing issued a statement saying that the opening ceremony of Drazba VI was held on the first day in “Molkino Turg Area, Krasnodar, Russia”.

“Pakistani and Russian special forces are taking part in a two-week counter-terrorism exercise,” the statement said.

During the ceremony, the national anthems of Pakistan and Russia were played, followed by a parade of weapons and equipment.

According to the statement, Sergei Belpolski, the mayor of Grychi Kaluch, attended the ceremony as a special guest. Top officials of Pakistani and Russian forces were also present on the occasion.