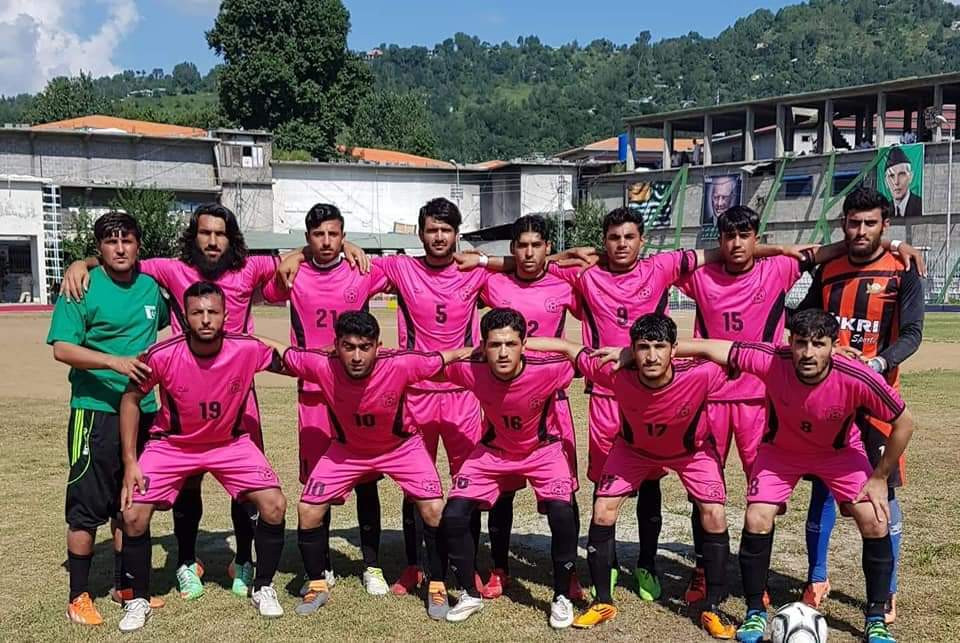 But what will happen to Balochistan? Abdul Qadir asks Chaman, a former Pakistan national football team player, and the current coach of the Pakistan Premier Football League (PPFL) Muslim FC.

However, football followers are all about the recently announced Pakistan Football League, which has named former England captain and international star Michael Owen as world ambassador, Qadeer, who has more than half of his Omar has played football and is coaching one of them. The most attractive clubs in the country feel that there is not much hope for their country’s footballers.

The 42-year-old’s only dream is to have a bright future for Muslim FC players in Chaman and in Balochistan, where football is played more.

There will be only six teams in this league and I don’t think it will be very beneficial for us. In Pakistan, we can play more city teams in the event.

We have leagues like PPFL, then tournaments like Challenge Cup and Chief Minister Balochistan Cup which have been going on for the last two years. However, we need the Pakistan Premier Football League to really thrive with more teams for football.

Reflection of individuals and communities.

The role and history of Muslim FC is as interesting as the geography of Chaman area on the Afghanistan-Pakistan border and football is the passion of the people and not just a sport.

Qadeer’s life is linked to the destiny of Muslim FC and his career has proved so.

Qadeer said that Muslim FC has been an institution since 1994-95. He has seen her grow and strengthen while playing for him. Qadeer played first for Pakistan in 2001, 2002 and 2003 as a midfielder and later as a defender.

He grew up playing football for Muslim FC in Chaman until 2003, but later played for Departmental Side Allied Bank (2004-2006) and then Habib Bank (2006-2009). He then entered the full circle of his career and returned to Muslim FC, his home club. He finally played for them in the Division B League in 2010 to finally participate in the PPFL.

“I have seen that the best Pakistani football can offer a player. I later went to play for these departmental sides, but I came back to see Muslim FC flourishing. Qadeem said Muslim FC Has such a long history of producing players and Chaman has given Pakistan many good players.

He played for Muslim FC until 2019 and left the game almost two years ago after a knee injury. He then decided to coach the team, getting a license to do so, but mostly because he now only has to move his players and his team forward.

I also try to hold tournaments, as we are already playing at the Ayub Stadium in Quetta. I try to be together, “he said, working on the border where they were talking.

“We have given good money to international players. Actually, after my knee operation, I thought maybe we should quit but then football in Chaman is a big thing, we have the crowd and followers and they insisted that we should move on, and that team Will also help us with funding. So I did. “

He acknowledges that after all, Muslim FC is a kind of feeder club. “We also have international footballers. Even today we have players who play for departments like Sui Southern Gas Company, Khan Research Laboratories (KRL), Karachi Port Trust (KPT) and Pakistan Police. Muslim FC is a platform for footballers to stand out, like my elder brothers Hayatullah, Saeed Ahmed, Hameed Khan, Tahir Khan, Rafiq Khan, Amir Hamza, Shah Wali, Munir Khan, Meraj Khan, Wasi Khan, Dawood Khan is a good example. “

Muslim FC has been one of the few clubs that has really made a difference in Pakistan’s football ecosystem and most of its players work on a nominal basis. Some are laborers and some are cobblers, while they pursue their hobby of football.

Currently, Qadeer is the only person trying to keep the team going. The club is mostly self-financed, albeit with great difficulty, and on donations from local businessmen, businessmen, influential people and various local tournaments.

“It all comes from the community. Like the businessmen or traders who are here, or other personalities, even our fans and I keep going because of them. This club is theirs,” Qadeer said.

Muslim FC is facing a serious threat from well-equipped and well-functioning teams in the PPFL after coming to the top league, of which Qadeer is very proud.

After the first phase of Syed F Ashfaq Hussain Shah’s body (PPFL), Muslim FC is currently sixth on the table. Ashfaq and co-chairs were elected during the 2018 Supreme Court ruling, while FIFA and the Asian Football Confederation (AFC) do not recognize the current PFF holders. FIFA suspended Pakistan in April 2021 when Shah’s group forcibly took over the PFF headquarters on March 27 from a normalization committee appointed by FIFA.

“I have a request, a message, and that is to end political issues. This is my request,” Qadeer said.

He said that although he was being paid for his current participation in the PPFL, with Rs. 200,000 for each leg, the financial stunt in the football ecosystem needed an immediate solution.

“Pakistan’s football is already third in many ways. You still have these groups fighting to run it. We need to continue football and it is not so much politics despite such low standards. We need tournaments, a good league, and mostly work on the domestic system, “said Qadeer.

When asked if he had been contacted by any private league organizers, he said he had not heard a word.

Chaman alone has at least 32 district-level clubs. Registered and many unregistered clubs play any day.

Muslim FC and its rival Afghan FC are Chaman’s biggest powerhouses, even in the PPFL with hundreds and thousands of followers.

But when nothing has changed in the PFF, Qadeer is happy because he won the 2021 All Pakistan Chief Minister Diamond Jubilee Football Gold Cup and got a 1-0 score line in the final.