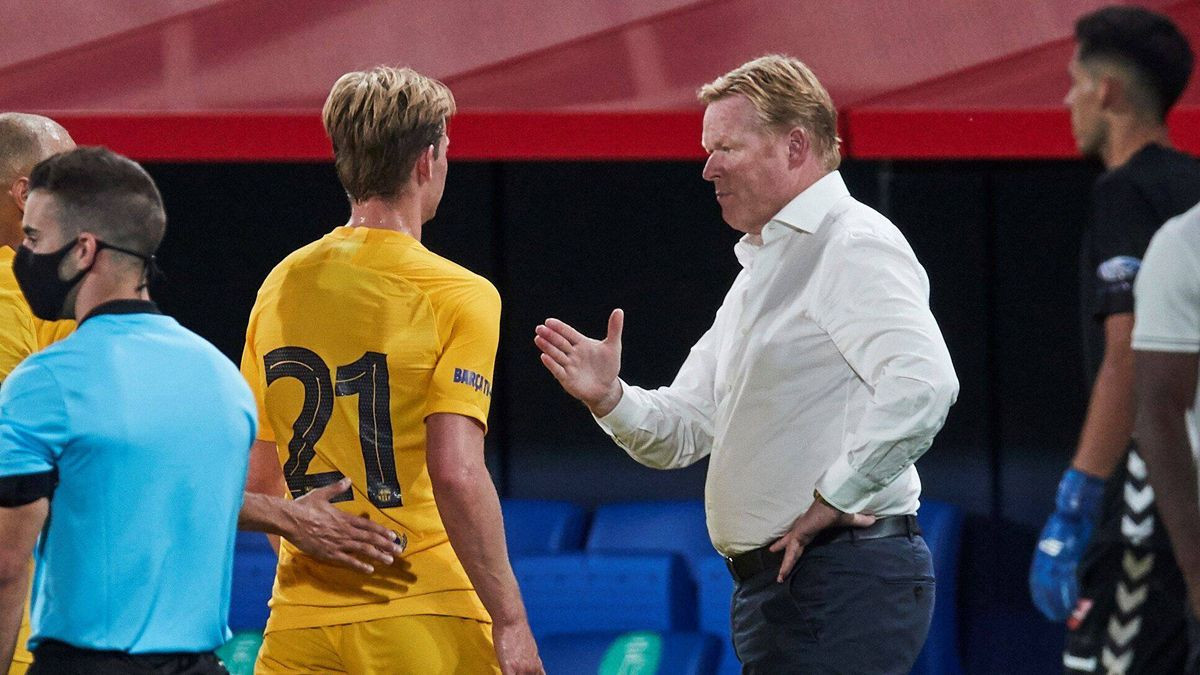 Barcelona’s 3-0 defeat to Benfica in the Champions League on Wednesday put further pressure on Barcelona under-manager Ronald Koeman, but midfielder Frankie de Jong said his dismissal would not solve the club’s problems.

Barca have had a poor start to the season, sixth in La Liga, five points behind leaders Real Madrid, and a 3-0 defeat to Bayern Munich in the Champions League after losing their opener.

Barcelona president Juan Laporta backed Cuomo last week but said the board would not shy away from making tough decisions.

“I don’t think changing coaches is the answer,” said Dutchman de Jong. “I can’t talk about Queens, it’s not my place.

“We have to keep fighting, we have to stay together and we have to overcome this situation. We can only avoid it by working hard and uniting as a team.”

Coeman said the players were still behind him, but added that he did not know how the board felt after the Benfica game.

“As I said the other day, I can’t say anything about my future,” Common said.

“Because I don’t know what the club is thinking about it, and I don’t want to answer any more questions because it’s not in my hands. We’ll see.”