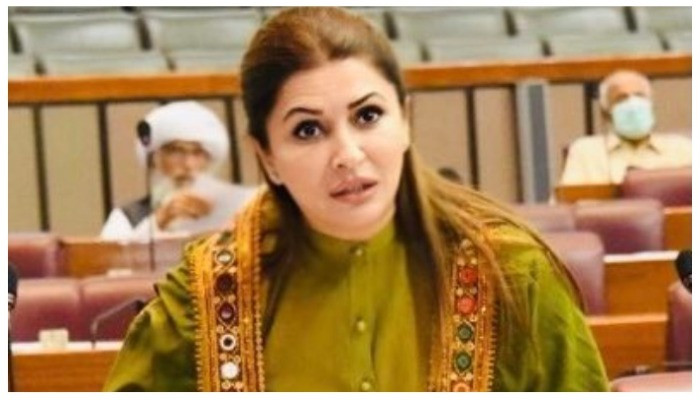 ISLAMABAD: PPP MNA Shazia Murree on Friday criticized the federal government’s economic measures, saying “insensitive rulers raise prices every 15 days and say there is no need to panic”. no).

Murree in a press conference with PPP leader Nayyar Hussain Bukhari said that the federal government has failed to provide relief to the people.

He said that the rulers were constantly lying to the people because the prices in Pakistan were 40% higher than the international prices. Murree demanded the government to withdraw the increase in prices of petroleum products.

Talking about government employees, Murree said that PPP stands with such people.

He said that employees should not be fired till a decision is taken on the review application.

The MNA said the PPP rejects the use of electronic voting machines (EVMs) in the next elections.

PPP leader Bukhari said that the current price of petrol in the global market is سے 79 to 85 85 per barrel, adding that the trade deficit has started widening since the beginning of this financial year.

Bukhari said the country was running a deficit and the finance minister was happy to take oil from Pakistan.

He said that increase in prices of petroleum products makes food items more expensive. “Things are becoming inaccessible to people, which is hurting them,” he added.

Bukhari said the PPP would continue to protest against inflation.

Talking about the extension of the tenure of the chairman of the National Accountability Bureau (NAB), the PPP leader said that the federal government has no eyes for anyone other than NAB chairman retired Justice Javed Iqbal.

“[It’s as if] Chairman NAB is the foot of the government.

Bukhari said his party would see to it that the NAB chairman’s term extension ordinance was rejected by the Senate.

Commenting on the EVM controversy, Bukhari said that the PPP has no problem with EVMs, only people support them.

When will the group that bombed people with the increase in petrol prices be arrested?

Earlier, the opposition had mocked the federal government in Parliament over the hike in petrol prices. Geo News. Is informed.

Murree called on the government to go ahead and answer anyone’s question.

The deputy speaker of the National Assembly shut down Mary’s mic before she could finish because she kept raising her voice against the price increase.

Meanwhile, opposition members in the Senate also protested against the increase in petrol prices.

Senator Raza Rabbani said that the people were bombed twice in fifteen days with the increase in petrol prices.

He said that the current rate is the highest price of petrol in the history of Pakistan.

On this, Quaid-e-Awan Shehzad Waseem remarked that the government has allowed a slight increase in petrol prices as compared to the rates proposed by the Oil and Gas Regulatory Authority.

He said that oil producing countries have also seen an increase in petroleum prices.

Petrol in Pakistan is cheaper than other regional countries

Earlier, Finance Minister Shaukat Tareen defended the increase in petrol prices, saying that the prices of petroleum products in Pakistan were lower than in many regional countries.

Petrol price in Pakistan has gone up by Rs. 4 since October 1, after which the government announced that it was due to the increase in petroleum prices in the international market.

A notification from the Finance Division said, “OGRA worked on higher prices of petroleum but the Prime Minister decided against the recommendation and approved a minimum increase in prices for consumers.”

The ‘sea of ​​inflation’ is coming.

Meanwhile, Hamza Shahbaz, Leader of the Opposition in the Punjab Assembly, also criticized the government for increasing the price of petrol by Rs 4 per liter.

He lamented that this anti-people government has robbed the people. “Prices have risen by Rs 9 per liter in the last 30 days.”

He lamented that Prime Minister Imran Khan was signing a “summary on dropping petrol bombs” on the people, pointing out that the government had increased the price of diesel by Rs 2 per liter.

“Does anyone in the government have a policy to deal with the sea of ​​inflation that will arise? [as a result of the petrol price hike]? He asked. The government should be ashamed to compare petrol prices. [in Pakistan] With neighboring countries. “

He said that Pakistan’s economy was not as vibrant or strong as that of its neighbors. Hamza lamented that he has increased the price of LPG cylinder for domestic use by Rs. 343.

Further criticizing the government’s economic policies, he said the US dollar was now worth 172 rupees, warning the “incompetent, inexperienced and corrupt” government that it would be held accountable to the public.