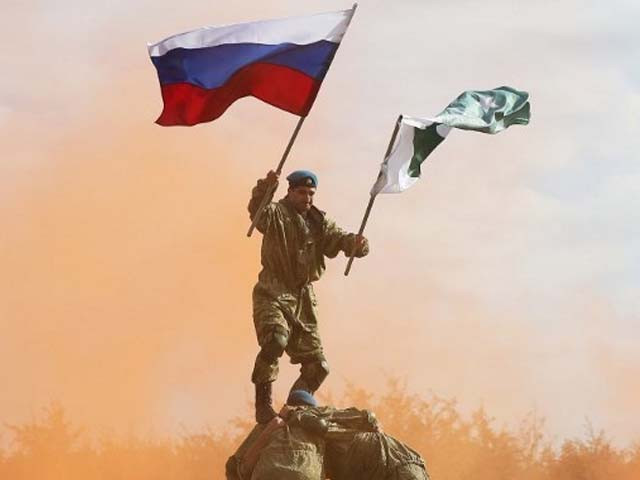 Their “military diplomacy” is even more important to their respective governments than to Afghanistan.

This year, joint Russian-Pakistani counter-terrorism exercises began in the southern Krasnodar region. Earlier, General Nadeem Raza, chairman of the Pakistan Joint Chiefs of Staff Committee, met with his Russian counterpart, Chief of the Russian General Staff, and Deputy Defense Minister Valery Gerasimov in Moscow last week. The Russian host praised his guest country, saying “Pakistan is one of the few countries with which military cooperation is developing very actively this year despite the complex epidemic situation.” The two military leaders attended the SCO’s multilateral exercises earlier this year, as well as discussed bilateral maritime interactions.

Military relations between Russia and Pakistan have been gradually improving over the years, mainly due to the so-called “migration weapons” of common Afghan terrorism and other unconventional security threats. Although India is very sensitive about them, Russia has done nothing to violate its national security interests. Relations are largely focused on counter-terrorism through annual joint military exercises and related equipment circulating between each other’s territories. Russian Foreign Minister Sergei Lavrov promised to continue the series during his historic visit to Islamabad in April, in the wake of the US immediate withdrawal from Afghanistan.

His rapid progress in recent years has been supported by a high level of leadership. “Khan Putin’s phone call was an important moment in Pak-Russia relations” when the Russian leader called his Pakistani counterpart in late August to discuss the latest developments in Afghanistan. It is noteworthy that US President Joe Biden had yet to call Prime Minister Khan and even today the US, despite its reliance on Pakistan, did not call to ensure its withdrawal from the neighboring country. This was the first time that Russia had shown that it relied on Pakistan to advance its regional national security interests, which testified to the trust it had established between its respective governments.

This is not only due to their political coordination on the Moscow peace process for Afghanistan, as a result of their first agreement for the construction of the Pakistan Stream Gas Pipeline (PSGP) or for the construction of the Pakistan-Afghanistan-Uzbekistan in February. Achieved as a result of the possibility of an agreement. The railways eventually enable Russia to reach the Indian Ocean, as it has for centuries, but mostly because of their “military diplomacy.” This concept refers to the various uses of military means to advance a strategic goal. In the Russian and Pakistani context, this is related to their increasingly close military coordination to counter Afghan threats, which helped them overcome the bitter legacy of their proxy war in the 1980s.

Without practically coming together to pursue these shared national security interests, Russia and Pakistan may have been rivals rather than potential strategic partners that they have today. Compared to Afghanistan, their “military diplomacy” is also important to their respective governments. Military and intelligence forces still play a key role in shaping the respective policies of their states, so the more trusting interactions between them and their counterparts are the factors of political, energy and communication mentioned earlier in their ongoing relationship. Play a more important role than Had it not been for the new trust between the military intelligence forces, these other policies would have crumbled.

The Islamabad Intelligence Summit, reported in mid-September, which brought together Russian, Chinese, Iranian and a few Central Asian leaders, showed how far the trust between their military intelligence forces had come. There is no doubt now that Russia’s relevant representatives now consider their Pakistani counterparts as reliable partners rather than rivals as they were supposed to be, otherwise they would have sent their top spy in the South Asian state’s capital to Afghanistan. Do not send for consultation. . In light of their extraordinary relationship of late, it is only natural that General Gerasimov praised Pakistan for actively promoting military cooperation with Russia last year, despite epidemics.

This unprecedented announcement will surely attract the attention of India, the United States and other interested observers, but they need not fear anything as Russian-Pakistani military relations are not against any third country. Although they first began to melt due to the threat of joint terrorism emerging from Afghanistan, they have since shifted from related joint exercises to naval engagements and multilateral exercises under the banner of the SCO. The trust between his military and intelligence representatives laid the groundwork for further development of bilateral relations beyond these areas and in political, energy and communications. The wide expansion of their relationship gives rise to multi-polar trends and thus benefits all of Eurasia.