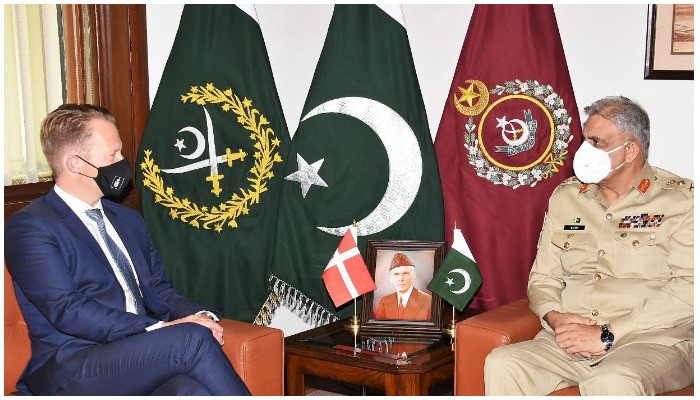 A statement from the Prime Minister’s Office said that the FM delegation reaffirmed Denmark’s commitment to strengthening bilateral relations with Pakistan.

He also briefed the Prime Minister on the cooperation between the two countries, including the proposed Green Partnership Agreement.

Recalling his last conversation with Danish Prime Minister Matt Frederickson, Prime Minister Khan noted that he had “useful discussions on the situation in Afghanistan, as well as bilateral relations between Pakistan and Denmark.”

Afghan stability is important for Pakistan and the region

The Prime Minister reiterated the importance of a peaceful and stable Afghanistan for the peace and prosperity of Pakistan and the region. He stressed the need for constructive engagement by the international community to help end the humanitarian crisis and economic catastrophe in Afghanistan and help build lasting peace and stability in the country.

Emphasizing that a comprehensive political framework is important for Afghanistan’s stability, Prime Minister Khan added that positive messages from the world and constructive measures would help prevent instability of Afghan refugees and large-scale migration. Will

He also expressed satisfaction over the growing cooperation between Pakistan and Denmark.

The Prime Minister said that Pakistan was committed to further diversifying bilateral cooperation in the fields of trade and investment and renewable energy as well as enhancing people-to-people contacts between the two countries.

The meeting continued with a detailed discussion on the need for joint efforts by the international community to mitigate climate change and its adverse effects.

On this, Prime Minister Khan drew attention to the importance of mobilizing growing and projected international climate finance in support of climate measures in developing countries.

Danish FM thanked Pakistan on behalf of the Danish government for helping and facilitating the evacuation of its citizens and others from Afghanistan.

FM Kofood also met with Army Chief General Bajwa at the General Headquarters in Rawalpindi, where he pledged Denmark’s cooperation with Pakistan at all levels and to improve and strengthen bilateral relations.

According to a statement issued by Inter Services Public Relations (ISPR), the two dignitaries discussed issues of mutual interest, regional security, the current situation and cooperation / partnership in humanitarian initiatives in Afghanistan.

Army Chief General Bajwa said that Pakistan values ​​its relations with Denmark and is committed to enhancing mutually beneficial multi-domain relations based on common interests.