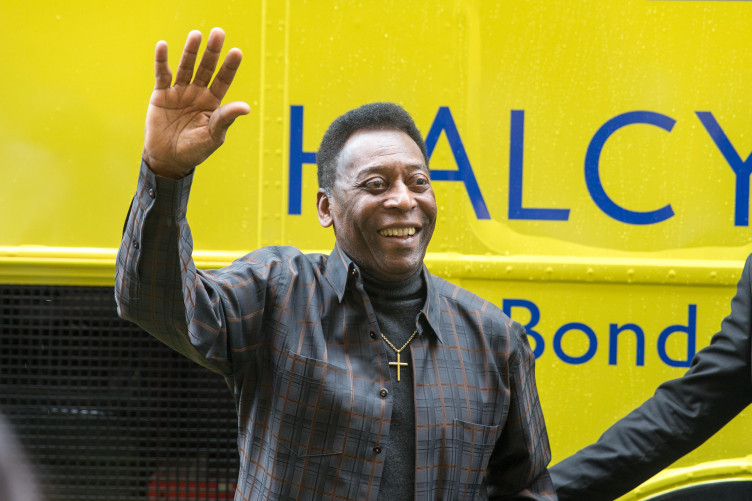 His medical team says Brazilian football legend Pele was released from hospital for a month on Thursday after undergoing surgery for a colon tumor, but will continue chemotherapy.

Pele, 80, had been receiving treatment at Albert Einstein Hospital in Sao Paulo since August 31, after a routine test revealed a suspected tumor.

Doctors said Pele, who underwent surgery on September 4, was in “stable” condition.

The hospital did not use the word “cancer” in its statement and did not provide further details about yellow chemotherapy, but the treatment is commonly used in cancer patients. The results of his biopsy were not made public.

“I am just happy to be back home,” Pele said in a statement on Facebook.

“I would like to thank the entire team at Albert Einstein Hospital who made my stay a pleasant one, with a humane and very warm welcome. Completes my life. “

He wrote, “Celebrate every step of the journey when the road is difficult. Focus on your happiness. It is true that I cannot jump now, but for the last few days, I have been pushing the air more often than usual. ۔ ” .

One of the greatest footballers of all time, Edson Arendt du Nascimento – Pel’s real name – has been in poor health in recent years, and has a variety of conditions in hospital.

Before retiring in 1977, O’Reilly (The King) achieved the highest level of career in sports, scoring more than a thousand goals.

Pele’s daughter, Kelly Nascimento, has provided fans with updates during her father’s hospital stay, posted photos and videos on social media – one of them playing cards, or the footballer singing the anthem of his former club Santos. ۔

Last week, her daughter said she had taken “several steps” toward recovery since her operation.

On Saturday, Pele praised Lionel Messi for breaking his record as the top scorer in the South American national team – and apologized for the delay in congratulating him on his medical treatment.

“When life imposes a challenge, it’s always easier to face it with a smile,” Pele wrote on his Facebook page on Wednesday.

Pele has withdrawn from public life in recent years.

Since the onset of the corona virus epidemic – which has so far killed nearly 600,000 people in Brazil – he has been using social media to promote vaccination at his home in Guaraja, a suburb of Sao Paulo. I was isolated.

A documentary on Pele’s life was released earlier this year on the streaming platform Netflix, a recent video showing the former player walking slowly with the help of a walker.