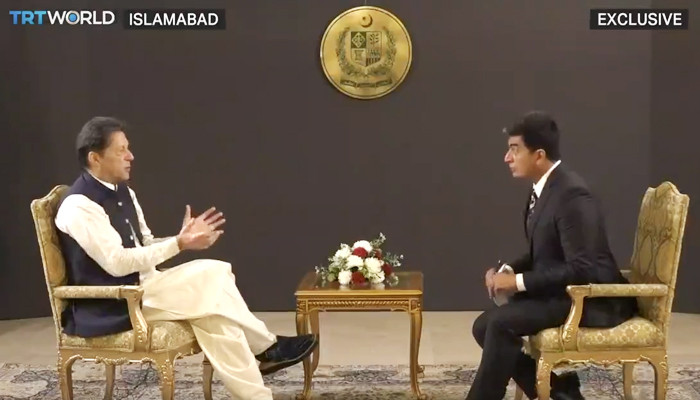 ISLAMABAD: Prime Minister Imran Khan has said that Pakistan is in talks with some factions of the banned Tehreek-e-Taliban Pakistan (TTP) to lay down their arms.

He said the Afghan Taliban were “helping” in the sense that negotiations were taking place in Afghanistan.

The prime minister said that if the disarmament talks were successful, the government would “forgive” them, and then [will] Become an ordinary citizen. “

The Prime Minister noted that he has always believed that a non-military solution is the only way forward for Afghanistan – and he has repeatedly said so in national and international forums.

The prime minister’s remarks come in the wake of the Afghan Taliban’s takeover of Kabul in mid-August. Since then, the country has been in turmoil, with Pakistan constantly urging the international community to support a newly formed government to avert a humanitarian crisis that could destabilize the region.

If the TTP responds ‘yes’, so does Pakistan.

In September, talking to. Geo News.Foreign Minister Shah Mehmood Qureshi said the interim Afghan government had declared an end to the war and thus the TTP should reconsider its policies. Our problem with the TTP is that they have targeted innocent, unarmed civilians.

The TTP should think about its future, given its past actions, Qureshi said, “If the TTP responds positively, so will Pakistan.”

“But if they say no, we will treat them as before.”

The foreign minister had said that Pakistan had repeatedly informed ousted Afghan President Ashraf Ghani about the TTP’s presence in Afghanistan and its involvement in terrorist activities, but his government had not taken action against him.

However, the current government has assured that Afghan territory will not be used against any country, including Pakistan.

Before the foreign minister, President Arif Alawi said the government could consider pardoning TTP members who were not involved in “criminal activities” who would disarm themselves and abide by the law.

The president said in an interview with Dawn News’ Khabar C Khabar program on September 11 that the “second or third tier leadership” of the Afghan Taliban had informed Pakistan that TTP members were staying in Afghanistan. Yes, but “they shouldn’t do anything” activity against Pakistan