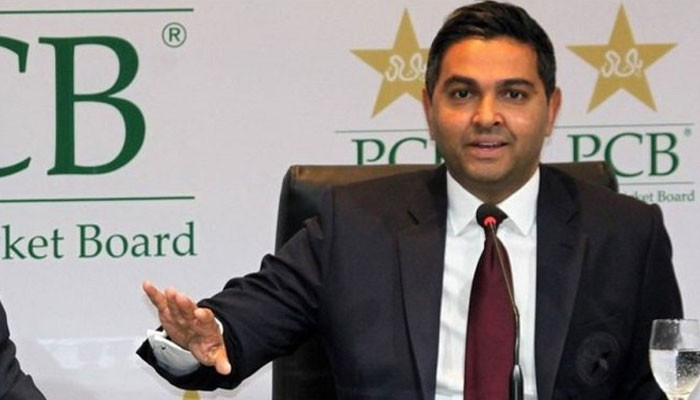 ISLAMABAD: Former Pakistan Cricket Board (PCB) CEO Wasim Khan has rejected a report on alleged hefty pay and enjoyment of higher pay during his tenure, saying it was “extremely lousy and exaggerated”. Has happened “.

“A recent article in the Daily Jung stated that I received $ 900 in daily allowances for trips to England and $ 600 for other trips,” he wrote.

Reacting to the report, the former PCB CEO said, “The figures quoted are clearly ridiculous.”

Wasim Khan said that in his first two years, he did not even claim the expenses of 40 40,000 which he was paying as per the policy of the PCB.

“It was my choice not to accept it,” he said.

The day before, Wasim Khan had written a note after retiring from his post, saying that he came to the country with a determination to improve Pakistan’s global image and worked hard to bring international cricket.

In a post on LinkedIn, Wasim Khan had said, “Unfortunately, my time at the Pakistan Cricket Board is over.”

“As a British Pakistani and a former professional cricketer, I decided to come to Pakistan only 3 years ago, so that I could play my part in improving the PCB and the country’s global image. 220 million population. Cricket in the light of a civilized nation, “he wrote.

Highlighting the challenges he faced during his tenure at the PCB, Wasim Khan said that bringing back international cricket, mingling with sleepless nights dealing with crisis management, or avoiding potential crises, and being highly political Going through the charged conditions was only part of it. The excitement that came with the character.

The former PCB boss said he called for real-time decisions and some of the decisions went wrong, but the decisions allowed him to deal with things after calming down during a media scrutiny. They did not meet honestly.

“I am grateful that my experiences have taught me the art of foreign perspective and helped me develop my political intelligence,” he said.

He added, “As I fly from Lahore back to England, I know I will feel nothing but gratitude and love for the Pakistani fans who have embraced me all my time and Supported. “

The former CEO of the PCB concluded, “A beautiful country full of generous and loving people, thank you for the memories. It is an honor.

However, the report claims that Wasim Khan, the former chief executive of the Pakistan Cricket Board (PCB), is reportedly receiving a monthly salary of Rs 2.6 million and huge benefits.

According to the report, Khan was brought to the PCB with an attractive salary package and full powers.

Sources said that Wasim Khan is a close friend of an influential cricketer. The former CEO has often spoken publicly about his personal relationship with senior officials of the ECB and other countries’ cricket boards over the past two years. He suffered a major setback when New Zealand and England canceled their tour of Pakistan.

He always said that foreign teams were visiting Pakistan because of their personal ties with top officials of other cricket boards.