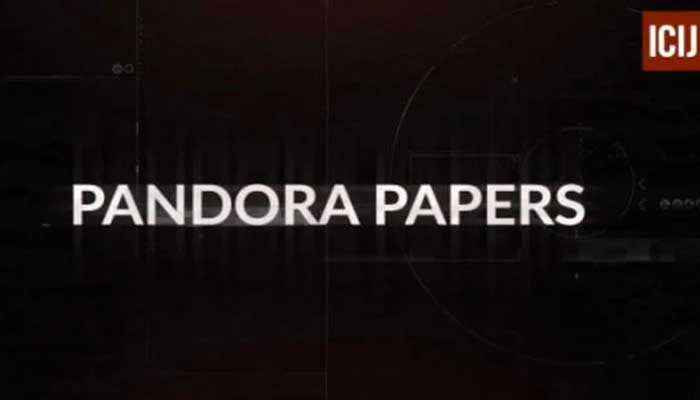 Several members of the PTI cabinet are among the 700 Pakistanis nominated in the Pandora Papers.

It is important to note that setting up and announcing an offshore company, which is not involved in any illegal activities, is legal.

NewsInvestigative reporter Omar Cheema, who was part of the investigation, spoke to Fakhr Durrani about the findings from Geo News.

“Overall, it was a very time-consuming process that tested everyone’s patience,” he said. At that time, he tampered with every word in the documents, the backgrounds of the people on the list, and their affairs in Pakistan and abroad. “We did our best to ensure that there was no injustice. […] No case of misidentification. “

“And our thinking was that it shouldn’t be so that he knows it. There must be two or three addresses. That was it. That kind of behavior creates suspicion.”

The investigative journalist also spoke on the issue of declaring offshore companies for the convenience of the audience. He said that whether he is a public office holder or an ordinary citizen, offshore companies need to declare their tax returns and it should also be declared to the Securities and Exchange Commission of Pakistan.

“An additional responsibility on politicians is that they have to disclose their assets to the Election Commission of Pakistan, so they have to declare it there as well.”

Cheema said it was not enough for politicians to announce offshore company holdings. The Federal Board of Revenue or the SECP can ask them if they think something is wrong. “But this can only happen when they have this information. So those who don’t have it are doing something illegal.”

Which countries have the most offshore companies?

Cheema said the highest number of such companies is found in the British Virgin Islands.

He added that an investigation into the Pandora Papers had revealed that the United States was also a major foreign power.

The law differs from state to state, the journalist said, but in general, if one wants to join an offshore company in the United States and transfer money to it, it is not so difficult.

How many Pakistanis will face legal action?

Asked if things like the Panama Papers, which initially sent shockwaves across the country, would come to light, Cheema said, “It is unfortunate that in Pakistan. Accountability is very selective, and people don’t aim to hold people accountable, but to keep opponents out of their way.

He said that when the investigation came to light, it was found that it included the names of the children of the then Prime Minister, and it was argued that all proceedings should start with them.

Cheema lamented that the buzz later ended and that it was a “normal business”, with the Supreme Court noting that the FBR was “sleeping”.

He said he “only woke up for a short time when the Supreme Court made some remarks, and sent some notices to some people”.

The FBR, SECP or NAB are also silent.

Cheema noted that the NAB started looking into the assets of Khusro Bakhtiar’s family but nothing more came out, only lower-level arrests were made.

Faisal Wawda knows that no action will be taken against him

Regarding Faisal Wawda, owner of an offshore company, he said that whatever details of his past came to light, especially the issue of dual citizenship, were rarely seen in the way of any legal action.

He said the prime minister’s “focus is on the opposition”, while people in his inner circle “continue to work with forgiveness”.

Cheema said his colleague Fakhr Durrani sent questions to Wawda about the company he owns abroad, and the way he replied, “can’t be repeated here.”

“So he knows full well that no action will be taken against him.”

What was learned about Mons Elahi?

Talking about the results related to Monis Elahi, he said that the Minister had set up a trust and a fund abroad, and the mentioned source of funding was the income from the sale of land in Pakistan.

Who else was under the radar?

Cheema said the people who place a client under the jurisdiction of an offshore company are the service providers. “They were also on the radar as to whether they facilitated the opening of offshore companies without proper background checks on party interests.”

In some cases, he said, some people were found to be drug smugglers.

Talking about Shoaib Sheikh, he said that his company had “issued fake degrees” and opened bank accounts abroad. “The company continued to operate even after revelations against it surfaced in 2015. So there is no efficiency. No worries about the source of funds, as long as they get business.”

Cheema said the involvement of UAE businessman Tariq Fawad Malik was due to the fact that the offshore companies set up by Shaukat Tareen at a time when the country was trying to invest in Silk Bank, the country’s Dubai The address was given for either his job or residence. .

The journalist said that in response to questions sent to him, Malik said that he and Tareen’s family knew him because he had served in his ancestral army, and that he wanted to invest in his bank. Were

Malik said the companies were “inactive” due to the lack of an investment agreement.

Cheema said neither Tareen nor his media person responded to e-mailed questions.

Speaking on Sharjeel Memon, Cheema said the PPP leader’s three offshore companies were registered in the British Virgin Islands. He said that the purpose of making them is to invest in real estate abroad.

ICIJ obtained more than 11.9 million documents, including 2.94 terabytes of intelligence from service providers involved in setting up and managing offshore companies and trusts in tax havens around the world. Helped

ICIJ shared data with 150 media organizations and led the broadest collaboration in the history of journalism. It took ICIJ almost two years to organize the study, which involved more than 600 journalists from 117 countries, making it the largest journalism partnership ever.

In comparison to the Panama Papers, about 400 journalists from 80 countries participated in the investigation.

On both occasions, The News was Pakistan’s only ICIJ partner. In addition, The News partnered with ICIJ in the Bahamas Lake and Paradise Papers.

The Pandora Papers leak uncovered the financial secrets of more leaders and government officials than the Panama Papers and provided more than twice as much information about the ownership of offshore companies.

The Panama Papers was based on data from Musaque Fonseca, a Panamanian law firm, which revealed the offshore holdings of 140 politicians, public offshore and sports stars. The documents were obtained by the German newspaper Sdeddeutsche Zeitung, which contained 40-year-old records.

By comparison, the Pandora Papers’ investigations are larger in size, and the revelations about politicians and government officials far outweigh the earlier ones.

From Pakistan, more than 400 people appeared in the Panama Papers.