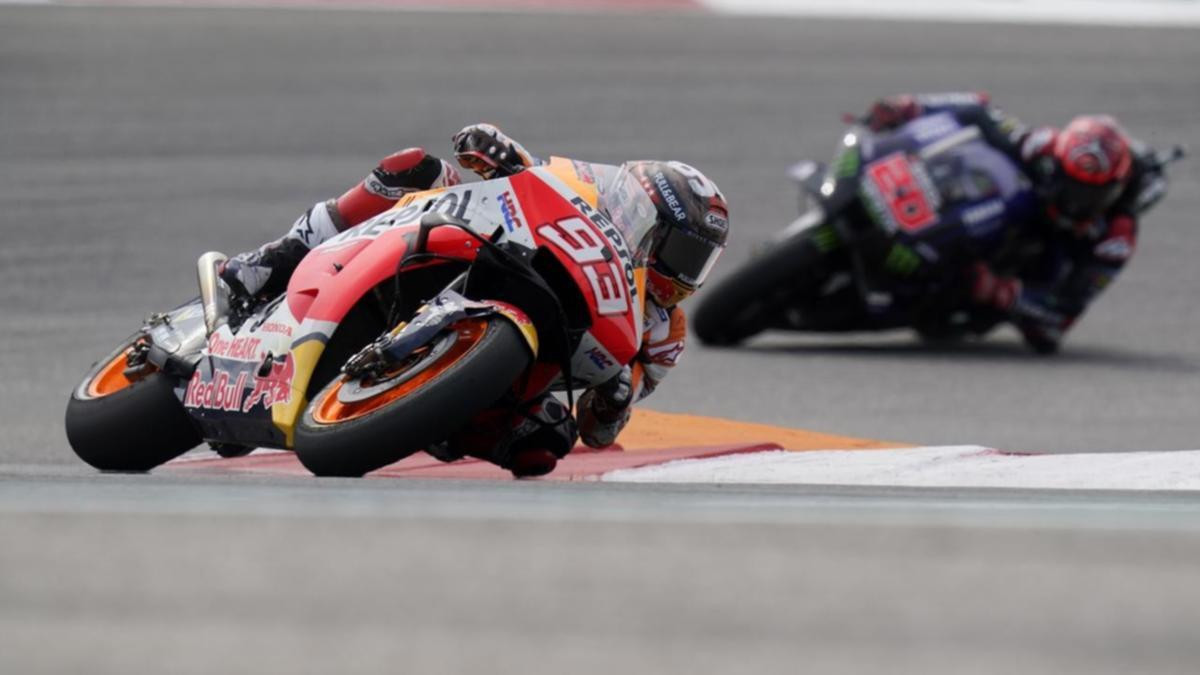 Mark Marquez reiterated his skills on the US circuit on Sunday, winning the MotoGP’s US Grand Prix for the seventh time.

The Marquis took the lead from the start with a third start on the grid and a consistent victory over champions Fabio Quartarro of France.

The Marquez never allowed Quartarro to watch, but the Yamaha rider extended his lead to 52 points over third-placed Italian Ducati rider Francisco Bagnaya.

With just three races left this season – and each with 25 points on offer to the winner – Quartarro is just a short distance from the first MotoGP World Title.

“The plan was exactly the same as I had raced,” said a shining Marquez, a six-time world champion who won the first six races on the Austin Circuit but fell to the lead in 2019.

The event was canceled last season when he was recovering after breaking his right arm in an accident, and his first-line start was the first since his return to the game.

The Honda rider said of the first race plan, “Start well, stay in the corner first, slow down the first two laps and then start pushing when the tires fall a little.”

“That’s exactly what I did.”

Halfway through, he was more than two seconds up on Quartarro, starting in the middle of the front row and trailing 4.679 seconds.

Bugnia, who started from the pole for the third straight race, was running fourth with a fourth run, when her pressure on George Martin eventually cut the shopkeepers in two corners and pulled a long lap to secure Bugnia’s place on the podium. Done.

Quartarro will have the opportunity to become France’s first MotoGP world champion in the next race on October 24 in Misano, Italy.

“Physically it was very difficult but it is great to see our result and to be in front of ‘Pico’ (Bugnia). I am very happy to increase my advantage.”

33 degree Celsius weather and a fast track level which caused complaints at the beginning of the week which was an important day.

The red flag was raised twice during the crashed Moto 3 event, and while no serious incidents occurred during the Moto GP race, it was a punitive case.

Bugnaya, who had slipped to sixth halfway, was delighted to find himself in the top three.

“This podium is the best possible outcome,” he said. “I gave everything. It was harder than Malaysia! It was hot too but this track demands more. I have nothing left.”

However, the Marquez made it easier as it gave Honda its 450th top-class podium, and took another step back from injury.

The Spaniard won his first victory in 19 months when he won the German Grand Prix in June, saying everything was “more normal” since the third surgery but the limits continued.

Marquez said the victory on a track where she has been strong was a positive note in a season of uncertainty.

“That special feeling is still not with the bike.”

However, the victory was a victory worth celebrating.

“Today, everyone on the podium is happy,” Marquez said. “I’m for victory, Fabio for second place. Maybe not ‘Pico’, but I’m sure he’ll be strong again in Masano.”