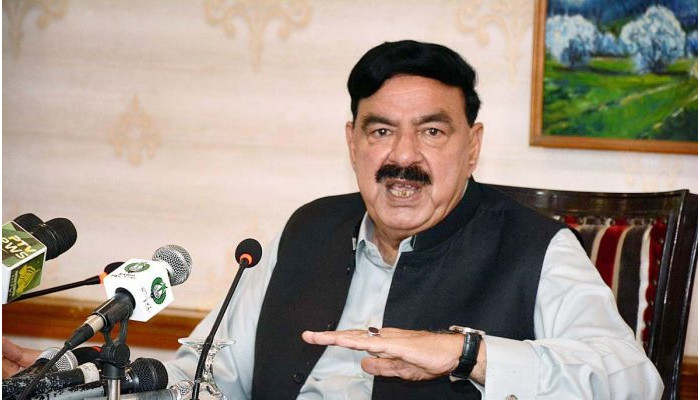 ISLAMABAD: Federal Interior Minister Sheikh Rashid Ahmed, referring to the government’s decision to hold talks with the Tehreek-e-Taliban Pakistan (TTP), said “talks will be held only with those who surrender and accept the constitution”. Geo News. Reported Monday

Commenting on the disarmament talks with the banned organization during a press conference in Islamabad, the minister said that the decision to hold talks was taken by Prime Minister Imran Khan.

“I am not aware of any talks with the banned Tehreek-e-Taliban Pakistan (TTP),” Rashid said.

‘Nothing new in Pandora Papers’

Answering a question about the Pandora Papers – a large installment of offshore company data that is larger in size and scope than the Panama Papers and the names of 700 Pakistanis, including ministers, Politicians and businessmen are involved – Rashid said Prime Minister Imran Khan had “shut everyone’s mouth” by promising to investigate the nominees.

Earlier in the day, the prime minister vowed to investigate all citizens named in the Pandora Papers leak.

Rashid said there was nothing new in the Pandora Papers.

In addition, talking about providing visas to Afghan citizens, Rashid said the online visa service for Afghanistan would be launched in three weeks.

Rashid said 20,000 Afghans have arrived in Pakistan since August 15.

He added that the Federal Investigation Agency (FIA) has been directed to crack down on those involved in the dollar. The FIA ​​has also made some arrests.

The minister also announced the addition of 10,000 personnel to the police department.

On Saturday, Federal Minister for Information and Broadcasting Fawad Chaudhry said wars stop through negotiations, a day after Prime Minister Imran Khan revealed that the government was in talks with the banned Tehreek-e-Taliban Pakistan (TTP). ۔

Earlier, Chaudhry advocated “normal life” for militants affiliated with the banned TTP, who want to pledge allegiance to the state.

“Peace-loving people who want to follow the constitution should be given a chance to return to a normal life,” Chaudhry said in a video statement.

The information minister said the government wanted to move forward with the conditions set by the prime minister – who had demanded that the TTP be disarmed.

Chaudhry said that the policies of the state were in line with the situation. “Those who have not been able to fulfill their pledge of allegiance to Pakistan want to return to fulfill this pledge.”

The Information Minister said that more than 3,000 “disappointed” people in Balochistan had returned to normal life, who had fallen victim to Indian conspiracies.

The Information Minister noted that the country has gone through difficult times, has sacrificed thousands of lives and as a result the state has “succeeded in defeating terrorist organizations like Al Qaeda”.

On Friday, Prime Minister Imran Khan told Ali Mustafa of TRT World in Islamabad that the government was in talks with some TTP groups for disarmament.

“I think some Pakistani Taliban groups actually want to talk to our government. You know, some for peace, some for reconciliation,” he said.

He said the Afghan Taliban were “helping” in the sense that negotiations were taking place in Afghanistan.

The prime minister said that if the disarmament talks were successful, the government would “forgive” them, and then [will] Become an ordinary citizen. “

Following the prime minister’s remarks, the banned group issued a statement announcing an end to hostilities between TTP militants and the army in South Waziristan.

“Our leaders have called on all fighters to adhere to the ceasefire from today until October 20,” the TTP statement said.

The TTP said its leaders were engaged in some “secret talks” without elaborating.