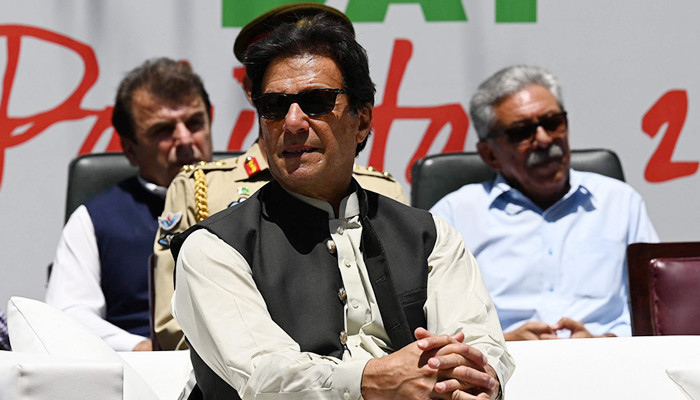 Compared to the Panama Papers, a large chunk of offshore data – large in size and scope – hit the global headlines Sunday night, exposing the financial secrets of the world’s richest and most powerful.

Sources said that the development came after a meeting between Prime Minister Imran Khan and Lex and the overall political situation in the country, which was attended by senior PTI leaders and federal ministers.

Sources said that a preliminary report on the matter was submitted to the Prime Minister after which the participants briefed him on the steps being taken against the Pakistanis nominated in the Pandora Papers leak.

Sources said that the National Accountability Bureau (NAB), Federal Investigation Agency (FIA) and other agencies have been tasked to investigate the matter. The Prime Minister has directed to present the facts of the investigation to the nation.

The names of more than 700 Pakistanis have been discovered in the data and most of them are tax residents in the country. A real Pandora’s information box has been opened, leaving the so-called people with endless worries and anxieties.

Pandora Papers has unveiled the fortunes of more than 330 government officials from 90 countries. They include 35 current and former leaders from different countries.

The King of Jordan, the rulers of Qatar and Dubai, the presidents of Ukraine, Kenya and Ecuador, the prime ministers of the Czech Republic and Lebanon, and Tony Blair, the former prime minister of Britain, all appear in secret files.

The International Consortium of Investigative Ghettos (ICIJ) has received more than 11.9 million documents, including 2.94 terabytes of intelligence from service providers who have set up and managed offshore companies and trusts around the world. Helped to

ICIJ shared data with 150 media organizations and led the broadest collaboration in the history of journalism. It took ICIJ almost two years to organize the study, which involved more than 600 journalists from 117 countries, making it the largest journalism partnership ever.

By comparison, the investigations into the Pandora Papers are larger in size, and the revelations about politicians and government officials far outweigh the public attention that previously came to light through the Panama Papers.

The opposition criticized the Prime Minister.

Speaking to media in Narowal, the PML-N secretary general said, “The leader who presented himself as honest (honest) and trustworthy (trustworthy) has two more offshore companies. “

The PML-N leader said that even before the release of the Pandora Papers, government spokespersons had started defending Prime Minister Imran Khan.

PPP Senator Sherry Rehman said in a tweet that she was not surprised that the names of close associates of the Prime Minister were included in the Pandora Papers.

“We all know that slogans of corruption, independent Pakistan and accountability are all hollow and a way to target the opposition,” the PPP leader said.

Will the Prime Minister go to the Supreme Court against his people? Or will a report be demanded like other scandals? Rehman asked.