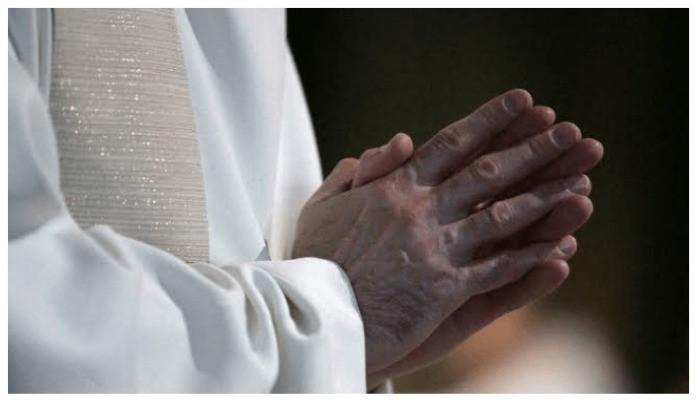 Paris: French Catholic clergy have sexually abused about 2166,000 minors since 1950.

The commission’s two-and-a-half-year inquiry and 2,500-page report expressed outrage as the Catholic Church in France and around the world faces a growing number of abuse claims and lawsuits.

Pope Francis expressed “severe pain” at the “terrible” results, adding that a Vatican spokesman added: Are. “

The report found that the “majority” of the victims were pre-teen boys from a variety of social backgrounds. The perpetrators were priests, bishops, deacons and monks.

The report found that when claims were made against ordinary church members, such as Catholic schoolteachers, the number of child abusers had risen to 330,000 since 1950.

The head of the commission, Jean-Marc Sowe, told a news conference that the figures were “alarmingly high” for the release of the nearly 2,500-page report.

Until the early 2000’s, the Catholic Church showed a deep and cruel indifference to victims.

Archbishop Eric de Mollins-Beaufort, president of the Bishops’ Conference of France (CEF), who jointly requested the report, expressed “shame and horror” at the results.

“Today I want to apologize to each and every one of you,” he told a news conference.

Sowe condemned the “military role” in trying to protect pastors from sexual assault claims and urged the church to pay compensation, although most cases are out of the scope of litigation.

Its commission elaborated on 45 recommendations to avoid further abuse, at least not requiring the clergy to inform the prosecution of any child abuse during the confession ceremony – according to Catholic doctrine, the clergy usually Absolute privacy.

“We expect clear and concrete answers from the church,” said a gathering of six victims’ associations.

The nearly 2,500-page report said the “majority” of the victims were teenage boys from a variety of social backgrounds.

The report says that the Catholic Church, after the circle of family and friends, is the environment where sexual violence is most prevalent.

Sao had already told. AFP On Sunday, a “minimum estimate” of 2,900 to 3,200 clergy members in the French church since 1950 sexually abused children.

Yet only a handful of cases encouraged disciplinary action under the law, let alone criminal prosecution.

The commission began its work when Pope Francis vowed in May 2019 to redress past abuses against priests, ordering people to be aware of cases and reporting them to church authorities.

In France in particular, the case of Philippe Barberin, an archbishop who was initially convicted of failing to tell police about the abuse of a boy’s scouts, expressed outrage after his acquittal in January 2020. What

Francois Davux, head of the Victims’ Association, condemned a “deviant system” and called for a new “Vatican III” council to pave the way.

“You have finally given an institutional identity to the victims of all the responsibilities of the church, which the bishop and the pope are not yet ready to do,” Deux said at the news conference.

“I am amazed,” said Jolanda Ormansi, 63, who offered Tuesday prayers at the Fourwire Basilica in the southeastern French city of Lyon.

“I expect that the perpetrators will be punished, and help will be offered to the victims whose lives have been ruined,” he said.

Estimates of the victims were largely based on a representative study from the INSERM Health and Medical Research Institute in France.

Sao and his team of 21 experts, who are not affiliated with the church, also interviewed hundreds of people who came forward to tell their stories.

“If the veil of silence is finally torn, we are indebted to the courage of these victims,” ​​he wrote.

The commission also had access to police files and church archives, citing only two cases of alteration of documents requested by church institutions.

Overall, it was found that since 1950, 2.5% of French clergy have sexually abused minors, down from 4.4% to 7%, as evidenced by similar inquiries in other countries.

Although this will affect an unusual number of attackers, “a sexual predator can actually kill a large number of victims, especially those who attack boys.”