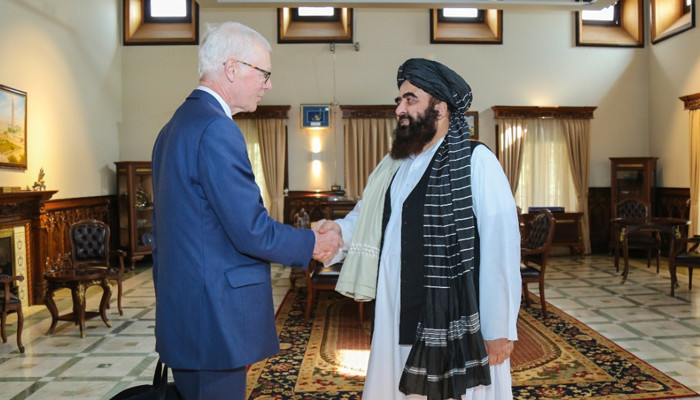 KABUL: A senior British envoy held talks with senior Taliban officials in Kabul on Tuesday – the first time the country’s new masters have sought a way out of international isolation since the withdrawal of foreign troops from Afghanistan.

The movement announced a new government in August after seizing the capital and ousting a US-backed government. But after 20 years of war, the aid-dependent country is facing economic catastrophe, major donors have stopped funding and there is no emergency aid.

The new rulers are reluctant to try to resume cash flow into the country, urging foreign powers, where government employees and healthcare workers have spent months without pay.

A British government spokesman said the two sides discussed how Britain could help fight terrorism and a deeper humanitarian crisis in Afghanistan – and provide a safe passage for those who want to leave the country.

The spokesman added, “They also raised questions about the treatment of minorities and the rights of women and girls.

The Taliban, notorious for their brutal and oppressive rule from 1996 to 2001, has reacted by effectively expelling women and girls from education and work across the country.

Western governments have warned that the Taliban must form a “comprehensive” government and respect women’s rights if it is to be formally recognized.

However, neighboring Pakistan is urging the international community to engage with the new rulers and help stabilize the famine-stricken country.

The Taliban have made some gestures of international respect, while insisting on their right to return to government based on their interpretation of Islamic law.

The girls returned to some secondary schools in a northern province on Tuesday, with Taliban officials and teachers saying they still have classrooms banned in most parts of the country.

A video posted by the group’s spokesman, Sohail Shaheen, shows dozens of schoolgirls in black, some wearing white headscarves and some wearing black face masks, waving Taliban flags. They are sitting on chairs.

But Mohammad Abid, an education ministry official, said no policy had been changed by the interim central government, telling AFP on Tuesday: “High schools are still closed to girls.”

The Taliban, which has allowed girls to attend primary school, has said the girls will return to secondary schools when their security and strict gender segregation under Sharia law are ensured.

In the provincial capital, Kunduz, several teachers and a head teacher said. AFP In some district high schools, girls went back to classes.

The Taliban also announced at a stage-hosted meeting that some female government employees had been recalled, indicating that the group was trying to soften its public image after 50 days in power.