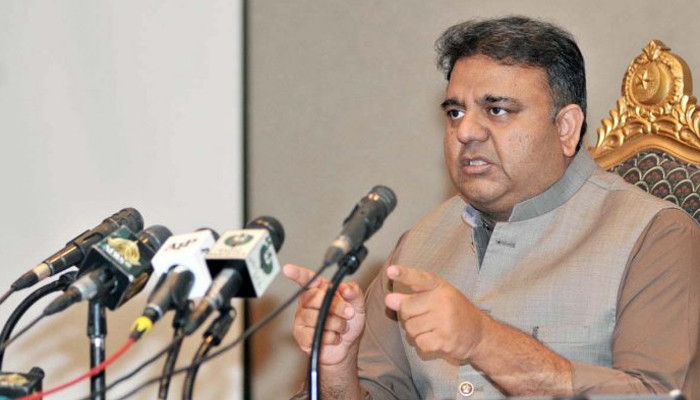 Federal Information Minister Fawad Chaudhry said on Tuesday that the government had finalized a draft for the appointment of the chairman of the National Accountability Bureau (NAB), which would consult with the opposition on electing a new head or extending the term of the current government. The “legal break” will end.

Addressing a post-cabinet press conference in Islamabad, the minister said the new ordinance would empower the accountability courts as the government wanted to strengthen the system and not an individual.

The Information Minister said that it would have been better if the Opposition had suggested the name but unfortunately they could not do so. He reiterated that the government would not hold talks with opposition leader Shahbaz Sharif in the National Assembly, as he was accused in the NAB case.

Chaudhry said that the opposition should now start looking for a new opposition leader.

The government, through the new ordinance, seeks to overturn Section 6 of the National Accountability Ordinance (NAO), which stipulates that the NAB chairman will be appointed in consultation with the President and the Leader of the Opposition. National Assembly for an indefinite period of four years.

Sources told Geo News that the government had decided to extend NAB chairman retired Justice Javed Iqbal and the government’s legal minds had drafted the ordinance.

A meeting was chaired to discuss the ordinance prepared in consultation with the federal ministers. Law Minister Dr. Forough Naseem, Advisor to the Prime Minister on Parliamentary Affairs Dr. Babar Awan and Advisor on Home Affairs and Accountability Mirza Shehzad Akbar suggested changes in the law.

On the contrary, Federal Law Minister Forough Naseem, while rejecting media reports, had clarified that his ministry had not prepared an ordinance to extend the tenure of Justice (retd) Iqbal as NAB chief.

For the first time, advanced technology will be used in the next census, using bullets and the latest equipment. He said that National Database and Registration Authority (NADRA) and other agencies would be asked to assist the government in this regard.

The Information Minister said that in the next phase, time would be given to the Election Commission of Pakistan for delimitation.

The federal cabinet has also decided to reduce the sentences of prisoners on the occasion of Eid Milad-un-Nabi. The nation celebrates this occasion with traditional fervor.

Adviser to the Prime Minister on Parliamentary Affairs Babar Awan informed the Cabinet that the government had tried to renegotiate with the opposition on electoral reforms, but the parties had not responded positively.

Regarding the doctors’ protest against the National Licensing Examination (NLE), Chaudhry said it seemed strange that they wanted to become doctors “without checking their fitness”, adding that the government was “at risk” in this regard. “I can’t take it.

The Information Minister said that after the MBBS degree, the NLE examination will also be taken for the examination of medical students.

Talking about the Medical and Dental College Admission Test (MDCAT), he said that the formula used to evaluate the test is “worldwide”.