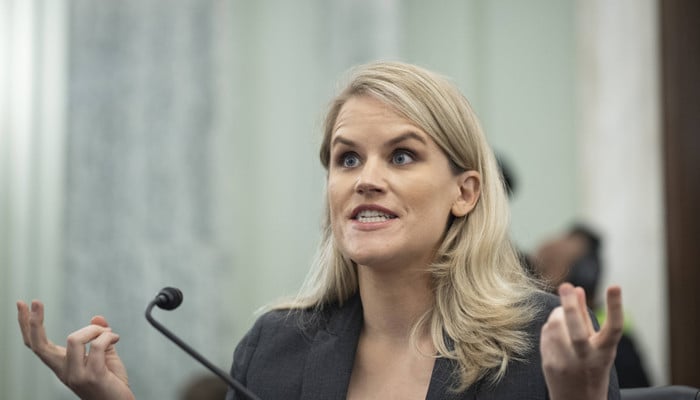 WASHINGTON: A Facebook whistleblower told U.S. lawmakers Tuesday that the big fuel division of social media harms children and urgently needs to be controlled, with Congress promising long delays. Will be processed.

Former employee Francis Hagen testified on Capitol Hill when he leaked rims to authorities and The Wall Street Journal about internal research, which has fueled one of Facebook’s most serious crises to date.

“Congress action is needed. They will not resolve this crisis without your help,” he added.

In his testimony, he noted the danger of power in the hands of a service that remains in the daily lives of many people.

“The company deliberately conceals important information from the public, the US government and governments around the world,” Hagen said in a statement.

He spoke to Facebook in less than a day, his photo-sharing app Instagram and messaging service WhatsApp remained offline for about seven hours, potentially affecting billions of users and globalizing his services. Highlighted dependence.

“This is my message to Facebook CEO Mark Zuckerberg,” said Senator Ed Markey.

“Congress will take action … we will not allow your company to further harm our children, our families and our democracy,” he added.

Senator Amy Cloboucher said she sees the whistleblower’s revelations as a long-standing push for Congress to move forward.

“I think the time has come and I think you are the catalyst for that,” he told Hogan.

U.S. lawmakers have for years threatened to criticize Facebook and other social media platforms for tech giants violating privacy, providing megaphones for dangerous misinformation and harming the well-being of young people. Are delivered

Facebook has strongly opposed the whistleblower revelations and attacked Hagen’s knowledge on Tuesday.

Hagen “did not work on child protection or Instagram, nor did he investigate the issues, and his work on Facebook has no direct information on the subject.” Company spokesman Andy Stone tweeted.

Hagen, a 37-year-old data scientist from Iowa, has worked for companies including Google and Pinterest – but said in an interview with the CBS News show “60 Minutes” on Sunday that Facebook is worse than that. Which he had seen before.

Nick Clegg, Facebook’s vice president of policy and global affairs, has strongly denied claims that its platforms are “toxic” to teenagers. Considered its effects on mental health. Young consumers.

Facebook on Monday blamed configuration changes on the router that link network traffic between its data centers.

“This disruption to network traffic has had a major impact on the way our data centers communicate, disrupting our services,” Santosh Janardhan, Facebook’s vice president of infrastructure, said in a post.

In addition to being a hindrance to the company, the people who rely on tools, businesses and others, Facebook CEO Mark Zuckerberg suffered financial losses.

Fortune’s billionaire tracking website said late Monday that Zuckerberg’s personal wealth had shrunk by about 6 66 billion from day one to just 7 117 billion.

Some people were happy that Facebook’s tools were offline, but others complained to AFP that the shutdown had caused them professional and personal trouble.

“I like Instagram. It’s the app I use the most, especially for my job,” said Millie Donnelly, a nonprofit community manager.

“So professionally, it’s definitely one step behind and then personally, I’m always on the app.”