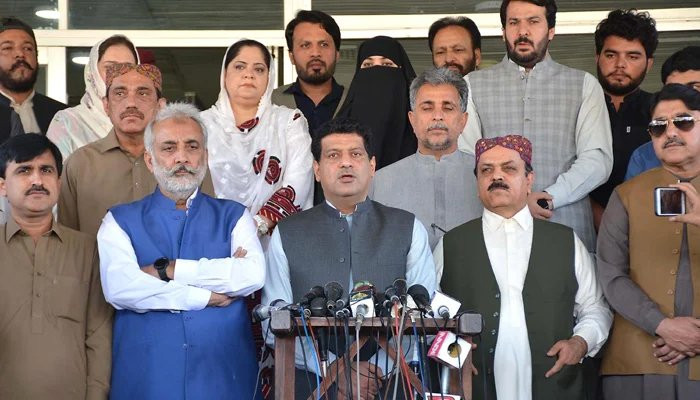 Sources in the matter said that the members of the provincial cabinet who decided to resign included three ministers and two advisers to the chief minister.

Earlier in the day, Baledi called on the chief minister to resign “on moral grounds” at a press conference as he had lost the trust of the people of the province and his party.

Sources said that 11 members of the provincial assembly, including one each from Balochistan National Party (Awami) and PTI, had filed a no-confidence motion against Chief Minister Kamal.

Jam Kamal clarified that he did not resign from the post of Chief Minister of Balochistan.

A few days ago, the Balochistan Chief Minister tried to dispel rumors on social media that he had also resigned from his post after resigning as BAP president.

Members of the Balochistan Assembly first filed a no-confidence motion against Chief Minister Kamal on September 14 after internal differences within the BAP.