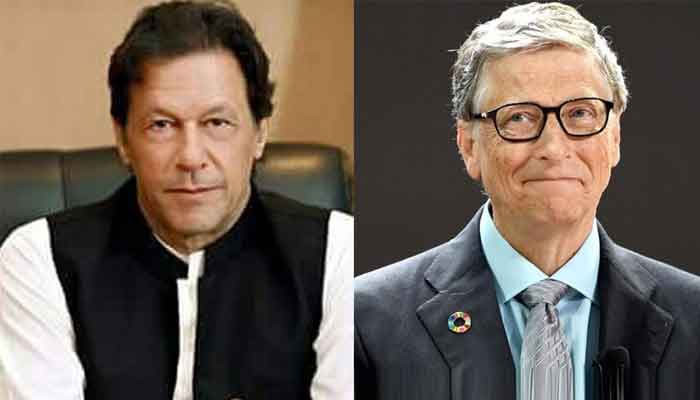 ISLAMABAD: Bill Gates, founder of Microsoft and co-chairman of the Bill & Melinda Gates Foundation (BMGF), on Wednesday called on Prime Minister Imran Khan to work for polio eradication and improve nutrition as well as financial services in Pakistan. Discussed the cooperation of the Foundation.

During the telephone conversation, both Prime Minister Imran and Gates expressed concern over the health system in Afghanistan. They discussed the importance of resuming polio campaigns in Afghanistan to protect Pakistan’s recent benefits in preventing the disease and eradicating polio.

According to a statement issued by PID, Prime Minister Imran Khan highlighted that more than half of the population of the war-torn country is living below the poverty line and is in dire need of financial assistance.

He stressed that his government is committed to eradicating all forms of polio in the country.

Gates praised the Prime Minister’s progress, and pledged the Foundation’s continued support for the Pakistan Polio Program to ensure that no child in Pakistan is at risk of stroke due to the polio virus. He noted the positive effects of the Prime Minister’s leadership in convening a meeting with the Deputy Commissioners of High Risk Polio Districts in August.

Prime Minister Imran said that more than half of Afghanistan’s population is living below the poverty line and financial assistance is desperately needed.

Gates congratulated the Prime Minister on the launch of Pakistan’s Covid 19 vaccine and noted the Foundation’s continued support for government-sponsored programs, including Ehsas, which is making great strides in reducing stunting. And the digitization of the National Savings Program through Karandaz.

He offered continued support for the health and well-being of Pakistanis through the Gates Foundation. The Prime Minister thanked Gates for his valuable partnership with Pakistan.