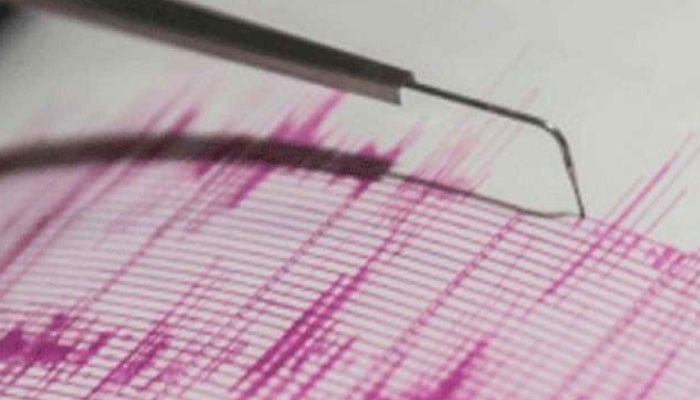 A strong earthquake on Thursday morning killed at least 15 people and injured several others in Balochistan.

The quake affected Quetta, Sibi, Harnai, Pishin, Qila Saifullah, Chaman, Ziarat and Zhob in Balochistan. The magnitude of the quake was 5.9 on the Richter scale.

There is a chance in increase of casualties. According to the seismological center, the epicenter was at a depth of 15 km near Harnai.

According to the Harnai deputy commissioner, 15 people were killed and more than 50 injured in the quake. He said that many people have been rushed to the hospital in critical condition.

The deputy commissioner said that many buildings were damaged in Harnai while many people were buried under the rubble. Power supply to the area is suspended.

According to the deputy commissioner, levies and rescue teams have been dispatched to help and evacuate the affected people.

According to rescue sources, more than 70 houses were damaged in Harnai.

Balochistan Interior Minister Ziaullah Langu has confirmed that 15 people have been killed in the quake.

According to the Balochistan Home Minister, the Provincial Disaster Management Authority (PDMA) has sent heavy machinery and rescue teams to the affected areas from Quetta.

He said there were reports of damage in Ziarat, Qila Saifullah and Sibi while most of the deaths took place in Harnai.

According to Ziaullah Lango, most people are still trapped under the rubble of collapsed buildings.