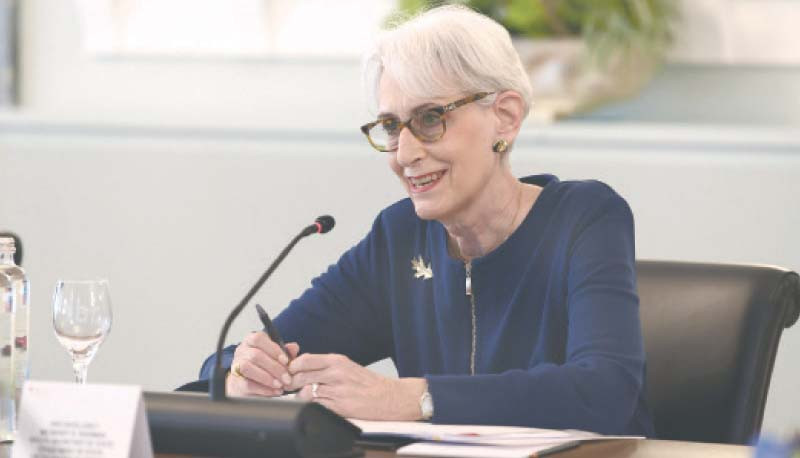 ISLAMABAD: A seven-member delegation led by US Deputy Secretary of State Wendy Sherman will arrive in Pakistan today (Thursday) for talks with Pakistan’s civilian and military leadership.

The US Ambassador and his delegation will arrive at Islamabad International Airport on a chartered flight.

According to a report in Dawn’sThe delegation has been exempted from COVID-19 rapid antigen test and body scanning on arrival.

According to the report, the State Department has directed the Chief Security Officer of the Aviation Division, Airports Security Force (ASF) and the Airport Manager to ensure the arrival of the US delegation.

Upon arrival, the US delegation will be given access to the VIP State Lounge, China Gate at Islamabad Airport. This facility will also be provided to the members of the delegation at the time of departure.

Instructions have also been issued for the availability of golf carts from the landing gate to the State Lounge, parking of special aircraft at a nearby location and provision of an aircraft bridge for ease of access.

Sharmeen traveled to India from October 6-7, where he also held talks with the country’s top leadership.

After CIA Director Will Burns, he will be one of the first high-ranking officials to visit Pakistan under US President Joe Biden.

In India, Burns addressed the annual “Ideas Summit” of the US India Business Council, the State Department said.

Biden, who, like his predecessors, had called for stronger ties with India, has not yet spoken to Khan, although Secretary of State Anthony Blankenship met with his Pakistani counterpart on the sidelines of UN meetings in Afghanistan. He thanked Islamabad for helping to expel the Americans from the country.

Ahead of her visit to Pakistan, Deputy Foreign Secretary Wendy Sherman called on Pakistan on October 1 to take action against all extremist groups.