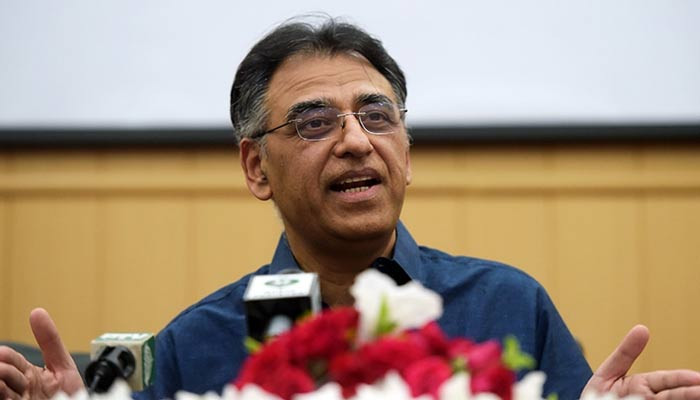 Federal Minister for Planning and Development Asad Omar on Thursday ridiculed Britain for not accepting the Chinese vaccine approved by the World Health Organization.

Going to his official Twitter handle, the minister wrote: “”[The] The UK decided on a white certificate. [and] Vaccines are fine, but most non-white vaccine certificates [and] There are no Chinese vaccines. This is despite extensive evidence of forged certificates. [the] United States [and] Europe “

Referring to the UK’s decision to update its travel advisory, Omar asked: “Health ideas or the hangover of the colonial mindset?”

On Wednesday, Britain placed Pakistan on a new “rest of the world” list. Therefore, Pakistan is no longer on the list of countries whose vaccination certificates are recognized in the UK.

Pakistan was removed from the red list and placed on the amber list along with several other countries on September 22, but in the latest travel advisory, the UK said it would work with Pakistani authorities to release the National Database and Registration Authority. The vaccine is working to get the certificate recognized. (Nadra)

According to the changes in the travel advisory, Pakistani travelers should follow these rules:

However, once the UK authorities recognize NADRA’s vaccination certificate, Pakistanis – who are fully vaccinated – will not have to isolate themselves or take pre-departure tests, although they still do. The two-day test must be completed and one passenger must be filled. Locator form

According to the advisory, the list of vaccines approved by the UK does not include Chinese synoform and synovik. These include Pfizer, Modern, AstraZeneca, and Johnson & Johnson.