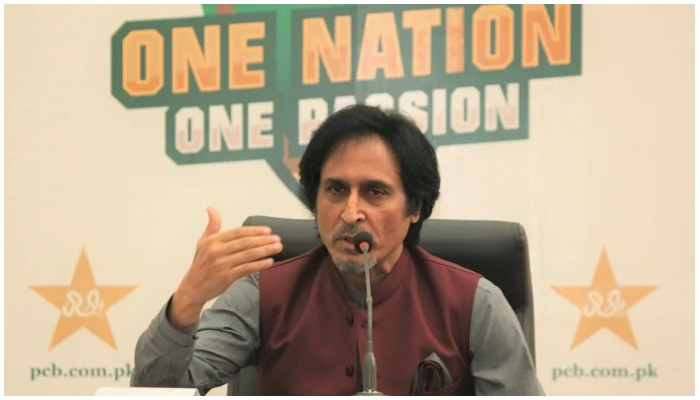 Pakistan Cricket Board (PCB) chairman Rameez Raja on Thursday revealed that New Zealand Cricket has approached the PCB to reschedule the home series against Pakistan.

He said that the good news would be announced soon.

Rameez was talking to the Senate Standing Committee on Inter-Provincial Coordination about various aspects and future goals of Pakistan cricket.

He said the PCB could present its terms to the NZC, which would select the month of November next year to reschedule the recently canceled series.

Rameez urged the PCB to strengthen its financial position.

“The PCB needs to strengthen its financial position so that it can raise its profile before the International Cricket Council (ICC) as well as other cricket boards,” the newly-appointed PCB chairman said.

He told the committee that the Board of Control for Cricket in India (BCCI) generates 90 per cent of the revenue for the ICC while the PCB does not contribute.

He said that ICC provides 50% funds to PCB. I fear that if the BCCI stops funding the ICC, Pakistan cricket could be ruined.

Raja added: “The fact is that money is everything in world cricket now. The PCB will have to strengthen its financial position to increase its value before the ICC.

Raja said the PCB would make money in the future not only for itself but also for the ICC.

The PCB chief is currently meeting with various businessmen in the country to increase investment in Pakistan cricket.

“There are two companies that have offered to sponsor drop-in pitches for different stadiums in Pakistan and it will cost around 10 1 million per drop pitch,” he said.

He said that one of the sponsors has offered a blank check to Pakistan Cricket on the condition that they beat India in the next T20 World Cup.

He also talked about other upcoming series to be hosted by Pakistan and said that the PCB plans to schedule domestic tri-series with West Indies, South Africa, Bangladesh and Sri Lanka at home. Which will “help build a bloc against the influential” cricket boards. ”

He said that the West Indies Cricket Board is hopeful of visiting Pakistan in December 2021 while Australia will also be forced to think twice about the decision to visit Pakistan in February 2021.

Raja also praised the English media by naming former England Test captain Mike Atherton, who spoke bluntly about the injustice done to Pakistan cricket by the England Cricket Board.

‘No room for match-fixing’

The PCB chief clearly stood by his views on the cricketers involved in spot-fixing. “I was and I am against fixers. You cannot allow a cricketer to play for Pakistan again who was once involved in fixing and it has damaged the international image of Pakistan cricket.

He said that bringing back the fixers gives a wrong impression to the emerging cricketers.

“I get frustrated when the national team loses and cricket fans start demanding the return of cricketers with fixing allegations.”

During the meeting, Raja also expressed dissatisfaction with the quality of domestic coaches and pitches in Pakistan. He said that not all but some domestic coaches need to be replaced which will be decided within a month.

The PCB has to improve the infrastructure of the cricket stadium but unfortunately we are short of money.

Asked what message he would like to give to Pakistan’s T20 World Cup squad, Raja said, “Long live Pakistan is the only message I want to give to my team because for us Pakistan cannot be a bigger slogan than long live. ۔ ”