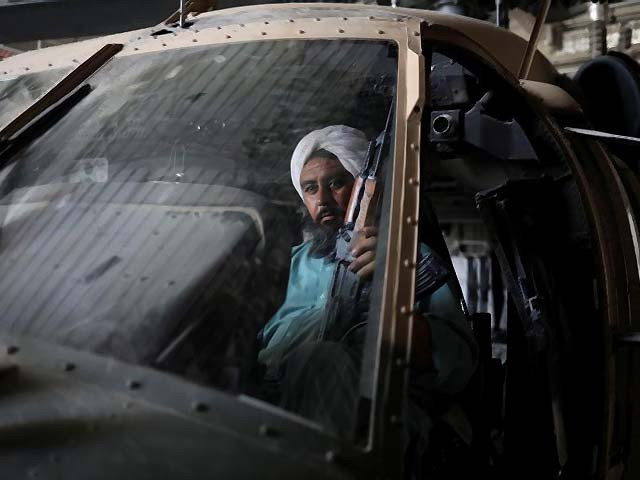 At the moment, there is no reason why Chinese troops should be put at a disadvantage to fight ETIM and other terrorists.

Rumors. It was rumored over the weekend that China had secretly taken control of Afghanistan’s Bagram Air Base. both of them Taliban And the Chinese ambassador to Afghanistan Wang Yu Denying the reports, the former claimed that he would turn on the lights there, while later announcing that “those who spread rumors that Chinese forces are present at Bagram Air Base have their own motives.” Online news site. Drive Contrary to these rumors, satellite images were obtained and thus confirmed the claims of the Taliban and China that the People’s Republic has not gained any secret control of Afghanistan’s largest base. Thus, objective observers are left wondering who was responsible for these false claims, why, and the reason behind their time.

Given the nature of these rumors, nothing can be known for sure, but some educated speculations can still be made. The statement that China seeks to spread militarily beyond its borders is a well-known one that appeals to some of the country’s supporters and all its opponents. The first mentioned are well-intentioned people who do not understand Chinese foreign policy properly and thus wish to imagine that the country would deploy troops abroad as a symbol of dignity and to counter the threat of joint terrorism. Will help your partners. The second, meanwhile, unjustifiably presents these claims as alleged evidence of so-called “Chinese imperialism.” This is the first type that can do the most damage to China’s international reputation.

Those who do not fully understand Chinese foreign policy but mistakenly believe that such false reports have some credibility because they have seen some NCPCs share them on social media They will have a misunderstanding of the country’s policies whether they ultimately agree with it or oppose it. When discussing reports about its military activities abroad, it is always important to cite Chinese government policy announcements and documents because of the amount of misinformation currently available on the subject. China’s only overseas military base is in the Horn of Africa country of Djibouti, which supports counter-piracy operations in the region and only sends troops to other countries as part of the UN peacekeeping force.

It is difficult to change one’s mind if one already has negative thoughts about China, but those who have positive thoughts about the country based on false tricks as if they are partially wrong about its foreign military activities. Empathize with the reports. Change their thoughts. This is because they are influenced by fake news which will inevitably deviate from the facts, after which the person who went astray in believing in them may then be angry with China for not doing what he is about to do. Thought sincerely. This perception manipulation model applies in many other cases as it relies on feeding supporters fake news and then taking advantage of their inevitable frustration to turn them against the targeted country.

This is not to say that any Chinese entity can ever be present at Bagram, as in a commercial management capacity, but there is simply no reason why the Chinese military wants to occupy the base. And send troops there now. Although there are in fact threats associated with ETIM and other terrorists that could threaten the People’s Republic of Afghanistan, the country’s original Taliban leaders have years of experience fighting them and thus know better than any foreign forces. How to deal with these threats. With all due respect to the People’s Liberation Army (PLA), if it is deployed in Afghanistan, it will not be able to do much, which may be the opposite.

There is no reason at the moment to explain why Chinese troops should be put at a disadvantage to fight ETIM and other terrorists in Afghanistan, such as ISIS, when the country’s original Taliban leaders Have the responsibility and motivation to do so. China is very much aware of any manipulation that can be done to discredit the intelligence aspect of the US hybrid war on its country, such as fueling fake news statements that it is seeking military expansion for imperialist reasons. Are like Deploying troops in a country that is already world-renowned for expelling the British, Soviets, and now the Americans will be against the interests of their soft power.

With this insight in mind, it becomes clear that those responsible for the recent rumors about China are secretly planning to seize Bagram in order to wage an information war against the People’s Republic. Be provocative It simultaneously misled supporters of some of the country’s good intentions, while also providing an opportunity for their opponents to speak out in numerous international media outlets about imperialist Chinese military expansionism around the world. Recycle misrepresentation. This time it is with the loss of America’s extraordinary prestige after the embarrassing withdrawal from the country in August and thus it can play into the hands of its anti-China hawks to pursue more aggressive policies against China.

It is for these reasons that it is very likely that the United States or its close ally was behind the fake news. They do not serve the interests of anyone but these actors. There is no difference in the grand scheme of things that was denied by the Taliban and China, as well as the refusal of independent satellite imagery, as this story can be cited in the same way after the outbreak of the information war. So that more people can be misled into thinking that there is a reputation. Such reports are simply because they have already spread. It aims to intensify the intelligence aspect of the US hybrid war against China in order to mislead more fencing people around the world into siding against the country and supporting its “prevention”.