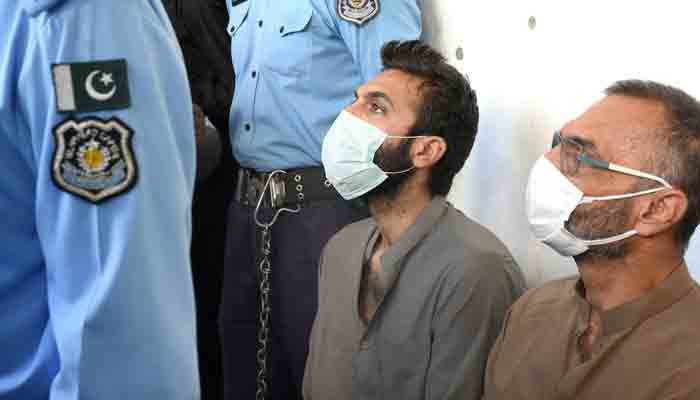 ISLAMABAD: A district and sessions court in Islamabad has fixed October 14 for indictment of Zahir Jaffer and other accused in the Noor Muqaddam murder case.

District and Sessions Judge Ata Rabbani rejected the plea of ​​the accused seeking a copy of the digital evidence related to Noor Makadam’s senseless murder and fixed October 14 for indictment.

The court directed the concerned authorities to ensure the appearance of the accused before the judiciary on the said date and adjourned the hearing till October 14.

The court could not charge the accused in the Noor Muqaddam murder case after fresh petitions were filed by the accused a day ago.

Tahir Zahoor Ahmed’s lawyer had objected that some documents were not provided to him.

The police should submit the challan in the court

Earlier on September 9, the police had filed a challan in the Noor Muqadam murder case with the confiscated court.

The court had summoned all the accused, including Zahir Jaffer, the main accused in the murder case, for the next hearing on September 23.

The court had said that copies of the challan would be distributed after the attendance of all the accused at the next hearing.

The court also ordered the six accused, who are employees of Therapy Works, to appear at the next hearing.

Advocate Raja Rizwan Abbasi had informed the court that he would file an application for in-camera hearing of the case, on which the judge remarked that he would decide it in accordance with the law after filing.

Noor Makadam, a 27-year-old woman, was raped and killed with a sharp instrument July 20 inside the Kohsar police station in Islamabad. Noor’s father, former Pakistani ambassador Shaukat Ali Muqaddam, later registered a case of murder at the same police station.

The massacre, in which Makadam was beheaded, took place July 20 in the F-7 area of ​​Islamabad.

Islamabad police arrested accused Zafar Jaffer from his home on the night of July 20, where, according to Noor’s parents, they killed him with a sharp instrument and beheaded him.