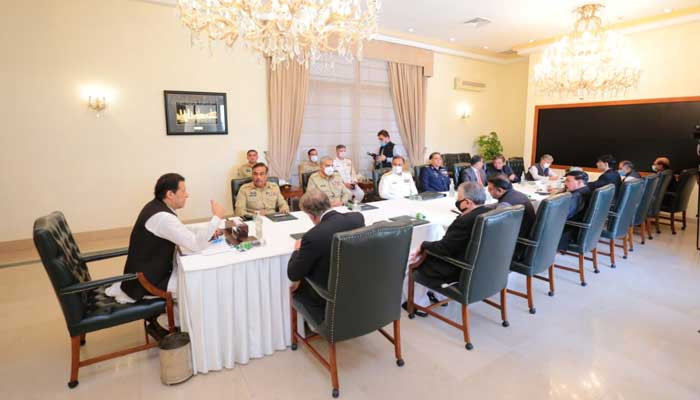 The 34th meeting of the National Security Committee on Friday discussed the ongoing situation in Afghanistan, with regional developments in general.

According to a statement from the Prime Minister’s Office, the meeting was convened under the chairmanship of Prime Minister Imran Khan and was attended by relevant members of the federal cabinet, heads of all services and heads of intelligence services.

The Prime Minister received a detailed briefing on the emerging regional security situation, particularly recent developments in Afghanistan and their potential impact on Pakistan, the statement said.

The Committee reiterated Pakistan’s commitment to a peaceful, stable and independent Afghanistan. Participants noted with concern the dire humanitarian situation in Afghanistan and the urgent need for the international community to provide assistance in averting the humanitarian crisis.

The importance of international coordination on constructive political and economic engagements with the interim government in Afghanistan was also highlighted.

According to the statement, the Prime Minister expressed satisfaction over Pakistan’s support in the international withdrawal efforts from Afghanistan and said that the whole world has recognized Pakistan’s positive partnership.

The committee members stressed that the emerging situation in the region is extremely complex and that instability in Afghanistan could have serious implications for Pakistan, the statement said.

Agreeing with this view, the Prime Minister emphasized the need for coordinated policy efforts. He directed the establishment of a dedicated cell to coordinate the government’s various efforts in Afghanistan, including international humanitarian coordination and effective border management to prevent any negative outbreaks in Pakistan.