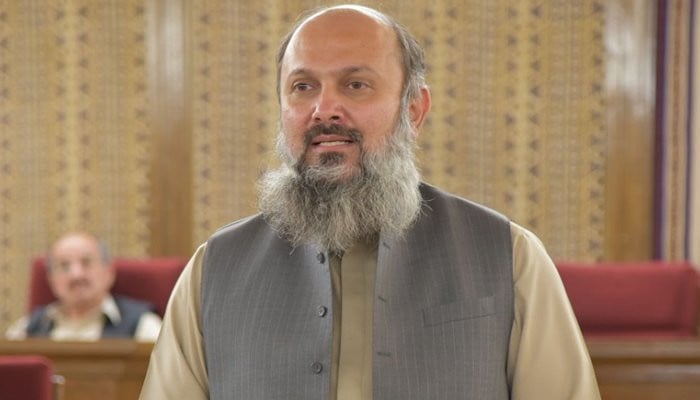 Amid differences among Balochistan cabinet members over the removal of Balochistan Chief Minister Jam Kamal Khan, the chief minister made it clear that he would not resign at the request of “12 people”. Geo News. Reported on Friday.

Addressing a press conference in Quetta, Chief Minister Kamal said that he would continue his struggle and would not resign on the call of 12 people.

Talking about the internal differences of Balochistan Awami Party (BAP), the Chief Minister said that all the members of the party and its allies support him, except for a few members of BAP who tendered their resignations to the Governor of Balochistan. Are presented.

He said that some of his “colleagues” had already tried to remove him from the post of Chief Minister, adding that he would not allow this “gap” within the party to remain.

Sources close to the matter said that members of the provincial cabinet, including three ministers and two advisers to the chief minister, had submitted their resignation letters to Balochistan Finance Minister Zahoor Buledi, who had insisted in a press conference on the first day that the minister Resigns on high moral grounds

Angry BAP members had asked the chief minister and former party president Kamal to resign by Wednesday or face a no-confidence motion.

Kamal clarified that he did not resign as Chief Minister.

A few days ago, Chief Minister Kamal had resorted to social media to dispel rumors that he had also resigned from his post after resigning as BAP president.

He took to Twitter yesterday and announced that he was stepping down as party president after completing a “good” three-year term.