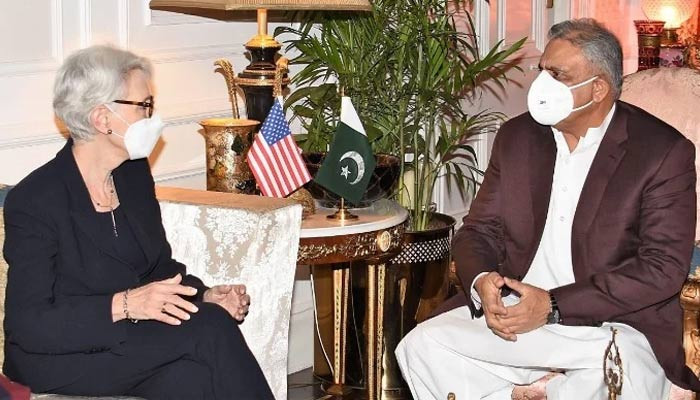 Pakistan Army Chief General Qamar Javed Bajwa on Friday assured the United States of Pakistan’s commitment to make every effort for peace and stability in Afghanistan.

During a meeting with US Deputy Secretary of State Wendy Ruth Sherman, the Chief of Army Staff (COAS) said: “Pakistan supports the Afghan government.”

According to a statement issued by Inter Services Public Relations (ISPR), Sharmeen met with General Bajwa and discussed issues of mutual interest, the regional security situation and humanitarian cooperation in Afghanistan.

General Bajwa called for maintaining a “meaningful bilateral relationship” between the United States and Pakistan for a lasting multi-domain relationship between the two countries.

The special guest appreciated Pakistan’s role in the situation in the neighboring country, especially in assisting it in successful evacuation operations after the Taliban took over, the ISPR statement read.

Accompanied by a seven-member US delegation, the US Deputy Chief of Security arrived in Islamabad on Friday on a two-day visit to hold important talks with the civilian and military leadership.