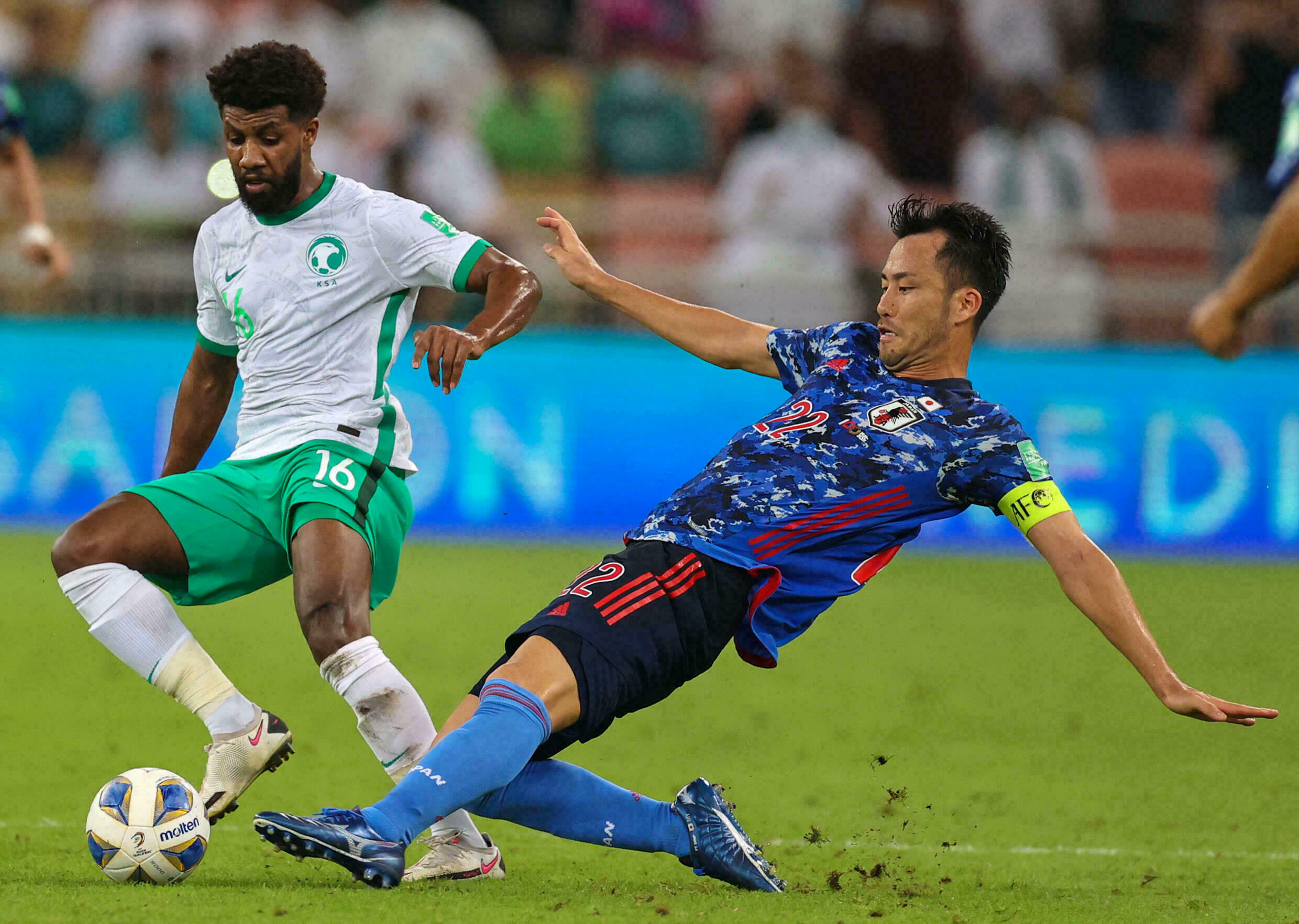 Maya Yoshida confronted Saudi Arabian fans and later accused them of making “discriminatory gestures” when they left Japan in danger of not playing in the World Cup for the first time since 1994.

The Japan captain expressed his displeasure to a section of home fans after the qualifying defeat in Jeddah on Thursday, when he was seen mocking him during a post-match interview.

Mobile phone footage shows Samp Doria heading for a defensive fence that separates supporters from the pitch, grabs a finger and remembers with them.

He then left after being stopped by Japanese officials, but later returned to explain his reaction to reporters.

“There were signs of discrimination,” the Japanese media quoted the 33-year-old as saying.

“It’s hard to accept. It happened in the last qualifier. It’s very disappointing.”

The result left Japan with just three points from three Group B games, starting the campaign with a shock loss to Oman and a narrow victory over China.

A Saudi source said the incident was purely individual and did not represent Saudi fans.

He added that the match referee did not record the incident and the player did not lodge a complaint.

Four-time Asian champions Japan, who have appeared in the last six World Cups, will now take on high-flying Australia on Tuesday for a home one win.

Fans demanded the dismissal of manager Hajim Moryaso on social media, and newspaper columnists were also critical of his decision, with Japan hoping to reach the 2022 World Cup in Qatar.

“Before the match, Mauricio said it was a game of the era and he also mentioned the climate and the jetlag,” commentator Sergio Ekgo wrote in the daily Nikon Sports.

“I can only imagine that he was initially finding excuses to lose.”

Akigo pointed out that Japan had scored only one goal in three games, and fans on social media were not impressed.

After waking up at 2:00 to watch the game, one of them demanded “Give me back my sleep”.

Another wrote: “I was looking forward to watching Japan play, but if that happened every time I would lose the desire to watch them. It’s boring.”

Nikon Sports has reported that the citizenship of midfielder Gako Shibasaki, whose mistake left Saudi Arabia for a triumphant goal, was briefly changed from Japanese to Saudi.