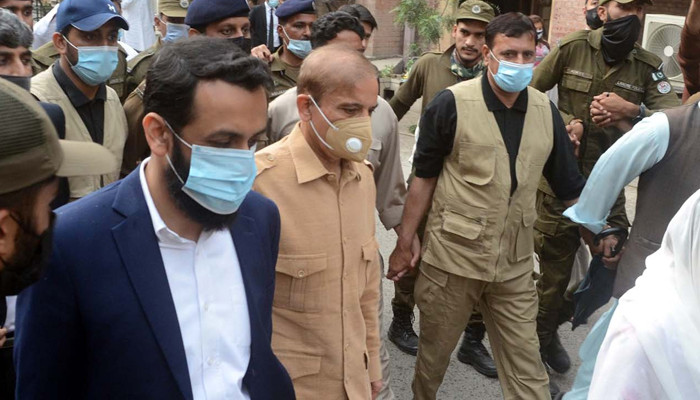 Shahbaz and his son Hamza appeared in the Banking Court today for the hearing of the case.

The banking court judge asked the Federal Investigation Agency (FIA) lawyer to keep him informed of the progress of the investigation, to which the FIA ​​lawyer said that a questionnaire had been sent to Shahbaz and the opposition leader. Submitted a reply yesterday (Friday).

The FIA ​​lawyer said the investigation would proceed in view of Shahbaz’s answers, to which the judge said it was too late as interim bail applications were pending in court.

The FIA ​​objected to the banking court hearing the case, saying it had no jurisdiction to do so due to anti-corruption provisions.

On this, the judge said that for the first time the public prosecutor has raised the question of jurisdiction. He said the matter would be taken up on October 30.

During the proceedings, Shahbaz informed the court that this was part of “the same case” in which a British court had not found him guilty of corruption.

Postponing the day’s proceedings, the banking court judge said the next hearing would be on October 30.

The banking court had earlier extended the bail of Shahbaz and Hamza till October 9 (today).

On September 27, a British court ordered the freezing of the bank accounts of PML-N president Shahbaz Sharif and his family due to lack of evidence of corruption and money laundering.

The NCA conducted a 17-month-long investigation into Shahbaz Sharif’s financial dealings over the past 20 years. It found no evidence of money laundering or criminal activities against the PML-N president or his family.

The NCA presented a bank accounts investigation report in a Westminster court stating that Shahbaz and his son were not involved in money laundering in Pakistan, Dubai and the UK.