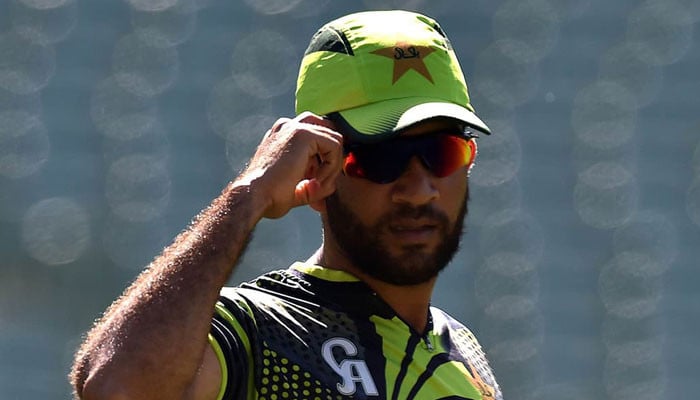 LAHORE: Pakistani cricketer Sohaib Maqsood has been ruled out of the ICC Men’s T20 World Cup in the United Arab Emirates and Oman since October 17 due to a back injury.

The name of his replacement in the national team for the mega event will be announced soon.

Sohaib Maqsood’s chances of retaining his place in the T20 World Cup squad were shattered after a middle-order batsman suffered a back injury during the National T20 Cup. He did not take part in the South Punjab match against Central Punjab on Thursday due to pain.

The day before, Sohaib Maqsood was brought to the hospital for an MRI scan as he was having difficulty walking.

Shoaib Malik’s name is under discussion as a substitute.

Currently, the cricketers selected for the ICC event are in a special bio-safe bubble set up at a local hotel in Lahore, where they underwent Covid 19 testing.

The PCB said that all the players had tested negative and would join the training session from Sunday.

The cricketers will participate in net sessions at the National High Performance Center and play a scene match at Gaddafi Stadium on October 14. The national squad will leave for Dubai on October 15 on a chartered plane.