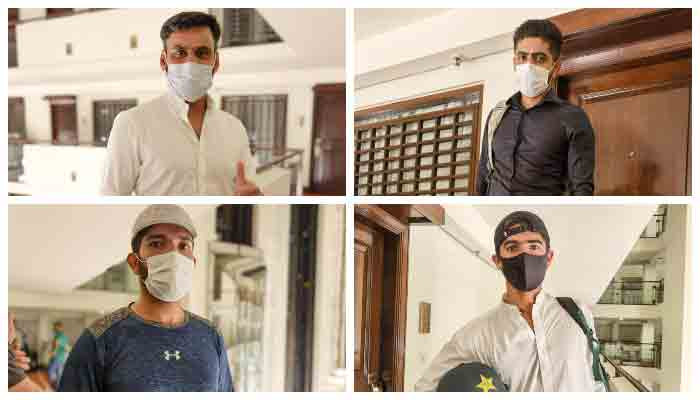 LAHORE: All Pakistani cricketers who have entered the bio-safe bubble for the T20 World Cup will start training from Sunday after the results of their Cove 19 Tests turned negative.

In a statement, the Pakistan Cricket Board (PCB) said that the corona test of the players who took the Coveid 19 test at a hotel in Lahore was negative. He is now allowed to start training at the National High Performance Center from tomorrow.

Releasing the cricketers’ training schedule, the PCB had earlier said that Pakistani cricketers would hold a training session on October 11-12 at the LCCA Ground at 1:30 pm and a “senior match” on October 14 under the lights. ‘Will play

It will start at 6 p.m. No training activities are scheduled for October 13.

The Pakistani team will leave on a chartered flight to the United Arab Emirates on October 15 to participate in the ICC tournament, which runs from October 17 to November 14.

Pakistan is in Group 2 and will start its campaign against India on October 24 at the Dubai International Cricket Stadium.

On Friday, the PCB selectors added former captain Sarfraz Ahmed to the WC squad after reviewing his performance.

The selectors have made three changes to the squad announced on September 4 and to the players’ performance and form.

The decision to include Sohaib Maqsood in the team will be taken after medical consultation.

The top-order batsman underwent an MRI scan of his back after the national T20 match against North on October 6 and lost the Punjab Derby to Central Punjab on Thursday.