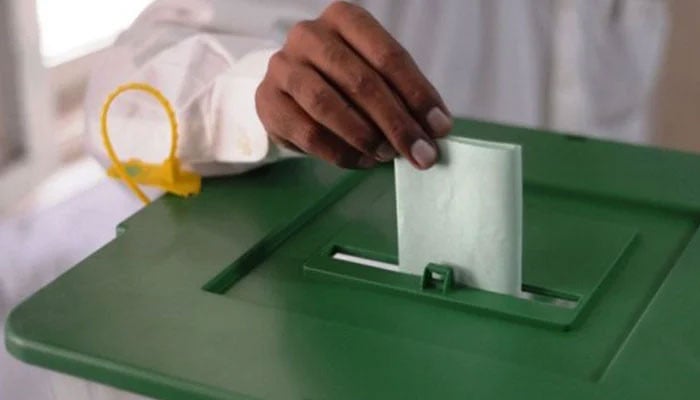 Mirpur: Voting for the two seats of the Azad Jammu and Kashmir (AJK) Legislative Assembly is underway amid tight security.

Polling began at 8 a.m. and is expected to continue uninterrupted until 5 p.m. Various political parties have kept their horns closed in the by-elections today to attract voters to their cause.

People are exercising their right to vote in LA-3 Mirpur and LA-12 Kotli Charhoi constituencies of Mirpur district of Azad Kashmir.

LA-3 became vacant after PAP Barrister Sultan Mehmood was sworn in as President of Azad Kashmir, while LA-12 became vacant when PPP’s Chaudhry Muhammad Yasin, who is from two constituencies in Kotli district. Won, retained his membership from the second seat.

In Constituency LA-12, 198 polling stations have been set up for 106,428 registered voters. Of these, 101 have been declared highly sensitive and 36 sensitive. 14 candidates are contesting from this constituency.

Strict security measures have been put in place in the constituency to ensure the peaceful conduct of the elections. Troops have been deployed in the area. The army will act as an immediate response force if needed.

Authorities have set up 148 polling stations for 85,917 registered voters in the LA3 constituency.