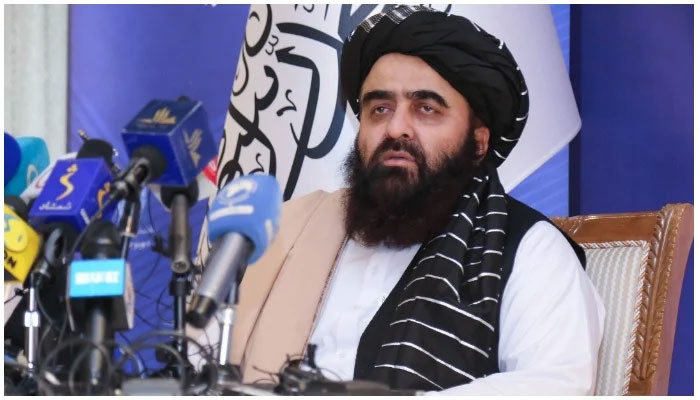 Doha: The Taliban will hold joint face-to-face talks with European and US envoys, the European Union said on Monday, adding that Afghan leaders were pursuing their diplomatic pressure for international support.

After returning to power in August after the withdrawal of US troops after a 20-year war, Afghanistan’s new rulers are seeking recognition as well as help to avert a humanitarian catastrophe.

UN Secretary-General Antonio Guterres called on the world to donate more money to Afghanistan to avert its economic catastrophe, but also condemned the Taliban’s “broken” promises to Afghan women and girls.

EU spokeswoman Nabila Misrali said US and European officials would meet in Doha on Tuesday with representatives of the new Afghan authorities to facilitate Qatar.

He said the meeting would “allow the United States and the European Union to resolve issues”, including free passage for those wishing to leave, access to humanitarian aid, respect for women’s rights and calling Afghanistan a “terrorist state”. Prevent groups from becoming shelters.

“This is an informal exchange at the technical level. This is not the identity of the ‘interim government’.”

The Taliban desperately need allies because Afghanistan’s economy is in dire straits with international aid cut off, food prices rising and unemployment rising.

The government, which has not yet been recognized as a legitimate government by any other country, also faces the threat of Islamic State Khorasan (IS-K), which has launched a series of deadly attacks. ۔

The meeting with the European Union was announced by the Taliban’s acting foreign minister Amir Khan Mottaki a few days after his first personal talks with US officials since the US withdrawal.

Ahead of the talks, EU foreign policy chief Joseph Borrell said the bloc was trying to increase its direct aid to the Afghan people to prevent “catastrophe”.

“We can’t ‘wait and see’,” Borrell said after talks with EU development ministers.

The international community is facing a process of balancing that is trying to get Afghans the help they need immediately without endorsing the Taliban government.

Guterres expressed dissatisfaction with the Taliban’s treatment of women, saying she would not repeat her earlier strict rule.

“I am particularly shocked to see the Taliban breaking promises made to Afghan women and girls,” he told reporters.

Without women’s participation, Guterres said, “there is no way to revive the Afghan economy and society.”

Afghan boys were allowed to return to secondary school three weeks ago, but girls have been told to stay at home with female teachers in most parts of the country, even though they can attend primary school.

Asked about the expulsion of the girls, Muttaqi said the schools were closed because of Covid 19 – a threat he said had diminished.

“The quaid has been controlled and the incidence is very low, and with the reduction of this risk, the school has started opening and is increasing every day,” he said.

Mottaki also insisted that there was no discrimination against the Shia community and claimed that ISK was being controlled.

He said that all the preparations he had made had become 98% ineffective.

The ISK claimed responsibility for Friday’s bombing of a Shi’ite mosque that killed more than 60 people, the deadliest since the Taliban returned to power.

Highlighting the deteriorating security situation, the United States and Britain on Monday warned their citizens to avoid hotels in Afghanistan, and left a hotel in Kabul.

Citing “security threats” in the area, the State Department said “American citizens who are close to or near the Serena Hotel should leave immediately.”

Serena, a luxury resort popular with business travelers and foreign visitors, has twice been attacked by the Taliban.

In 2014, just weeks before the presidential election, four teenage gunmen with socks hidden managed to break through several layers of security, killing nine people, including an AFP journalist and his family. ۔