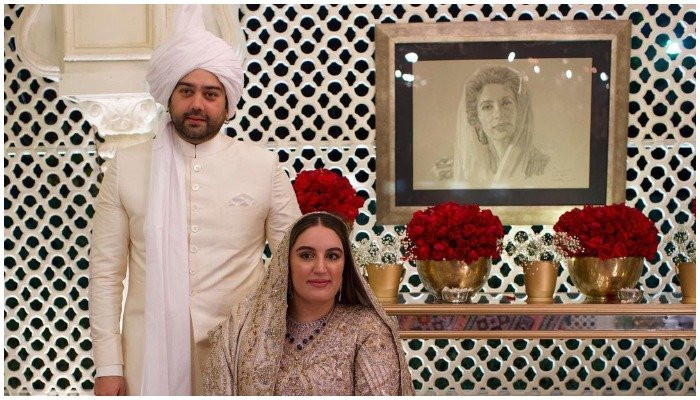 Bakhtawar Bhutto Zardari and her husband Mahmood Chaudhry had a son.

Going on Twitter, Bakhtawar announced that the baby was born on October 10.

“We are delighted to announce the birth of our child,” she wrote.

His brother, PPP chairman Bilawal Bhutto Zardari, also reacted to the news and expressed happiness at becoming an uncle.

Bakhtawar was married to Dubai-based businessman Mahmood Chaudhry on January 29, 2021.