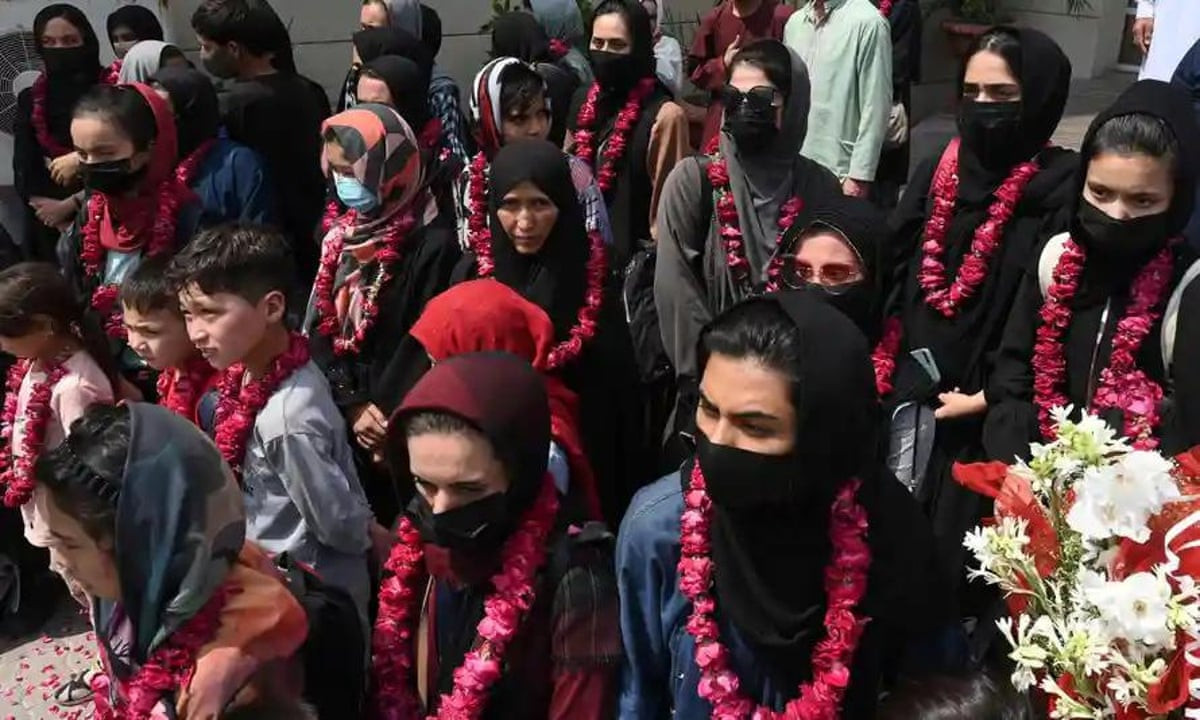 The British government said Monday that Afghanistan’s junior women’s soccer team and their close family would relocate from Pakistan to the UK after fleeing their homeland recently.

“We are working to finalize the visas for the Afghan women’s soccer team and look forward to welcoming them to the UK soon,” a government spokesman said.

According to a UK-based charity, about 35 young footballers, most of them teenagers and their families – a total of about 130 – have just missed a British plane rushing from Kabul. Of

Jonathan Kendrick, chairman of the ROKiT party, said the squad managed to escape in small groups “with the help of some very brave people on the ground in Afghanistan”.

“From a humanitarian point of view, there was no option,” he said in a statement, adding that he was in “extremely dangerous, deadly danger” if he did not find a way to leave Afghanistan.

Pakistan granted the players a 30-day temporary visa and they were flown to Lahore, the capital of Punjab province, from where they applied to relocate to the UK.

“These young players, with whom we are in regular contact via video calls, are very excited and calm that they have been given the opportunities that will be available to them in their new lives in the UK,” said Sean Ann Marie Gill. ” ROKiT Foundation

“We will continue to help them as they move into their new home in the coming weeks, adding help in arranging further education wherever possible,” he added.

Gul said she hopes many players will be tested in the UK by a number of professional women’s football teams who have already expressed great interest in meeting them.

The UK has flown more than 15,000 people from the war-torn country since the Taliban’s recapture in August – British citizens and Afghan allies.

London has promised to welcome 20,000 people in the coming years as part of its Afghan Citizenship Resettlement Scheme (ACRS), including around 5,000 in the first year.

The government spokesman added, “The government is committed to doing everything possible to help the most needy, including vulnerable women and girls, and those at risk who have had to flee Afghanistan.”

The Interior Ministry declined to say what type of visas the female athletes were receiving and whether it was part of the ACRS.