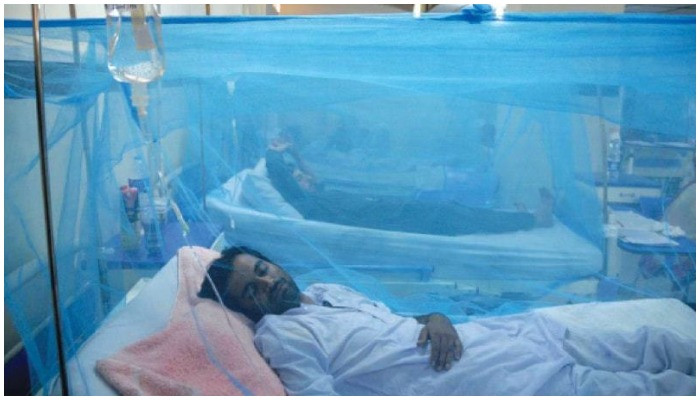 KARACHI: The Sindh Health Department on Tuesday said that 38 new cases of dengue virus were reported in Sindh during the last 24 hours.

The health department released statistics showing that a total of 18 new cases of dengue were reported in Karachi – eight in Matiari, six in Mirpur Khas, five in Tharparkar and one in Sujawal – bringing the total number of cases in the province to 492 in October. .

A statement from the health department said that 66 people have been infected with the disease in Karachi’s Central District this year, while at least 46 places and residential areas in the district have been declared dengue hotspots.

Hospital beds are in short supply due to an increase in dengue cases across the country.

Hospitals in Punjab, Sindh and Khyber Pakhtunkhwa are refusing to accept more dengue patients because their beds have run out, and cases of the virus are on the rise across the country.

By Saturday, the number of new dengue cases from Sindh had reached 44, while 603 dengue cases were reported in September.

With six deaths, 2,345 cases of dengue fever have been reported from Sindh so far in the last nine months.