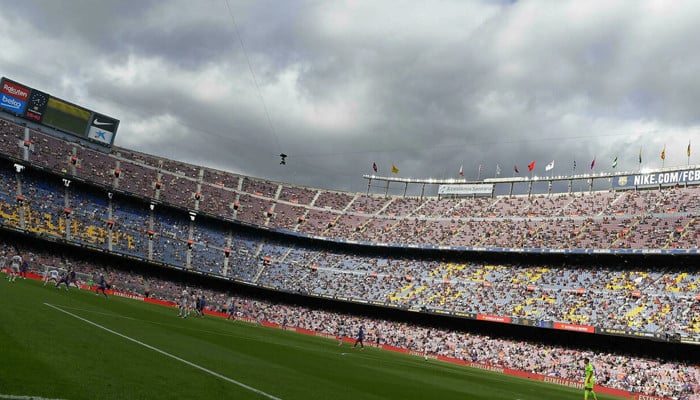 “By Friday, the majority of capacity limits will be removed,” Regional President Pierre Argons told a news conference Tuesday.

“We will return to 100% capacity in cultural venues, outdoor sports facilities and bars and restaurants,” Argons said. The limit was 60% of capacity.

“Camp Nou is back at full capacity,” the Barcelona club’s website said.

“A year and a half without play, then playing in an empty stadium, then playing with strict restrictions, finally the time has come when Barca Stadium can fill up again!” he said.

The decision is timely for Barcelona, ​​who will have three games in eight days in nine camps with a capacity of 99,000.

The first match of the full nine camps will be against Valencia on Sunday, which is ahead of ninth-ranked Barcelona in La Liga.

Next Wednesday, Barca will host Dynamo Kiev in a crucial Champions League match. Barcelona are bottom of their group without a point after two rounds.

On October 24, the league leaders arrived for the first Clasico of the Real Madrid season.

Barcelona President Juan Laporta lobbied for the lifting of sanctions.

“I would be grateful if they could try it again,” he said after the Spanish central government lifted restrictions on stadium attendance on September 29.

The move comes at a time when Covid 19 cases in Spain are at their lowest level since July 2020.